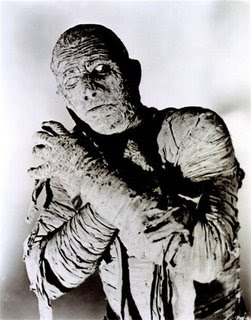 We're betting on Michael Steele to win. Republicans may feel that they need their OWN magic Negro to counter-balance President Obama.

Not that any of this matters very much. Whoever becomes the new Republican Chair will have to answer to the REAL party boss, Rush Limbaugh, who's already decreed that President Obama must be made to fail at all costs. Madam Virginia Foxx and all the other little Republican foxes in the House instantly obeyed their leader and voted for Obama's failure in the stimulus bill. Even Congressman Phil Gingrey of Georgia was forced to apologize to The Great One for asking him to pipe down about hoping for Obama's failure. You DO NOT cross the Limbaugh!

All of which is yummy pudding for Rush's fragile ego.
Posted by J.W. Williamson at 1/30/2009 11:10:00 AM
Email ThisBlogThis!Share to TwitterShare to FacebookShare to Pinterest
Labels: Michael Steele, National Republican Party, Phil Gingrey, Rush Limbaugh, Virginia Foxx