The Blossoming of Virginia Foxx 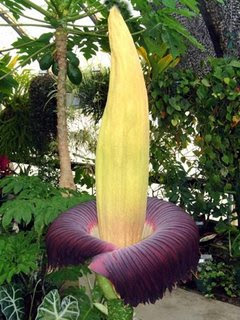 Bless her heart, Virginia Foxx has found her moment at last.

Fate has dealt the Congresswoman what she’s not had since she entered Congress in 2004 ... something, somebody to be wholeheartedly and unreservably against.

The Republican Party has always been much better at opposition than at governing (need we mention the last eight years?). Being in opposition is easier, and neater, and more exhilarating, and infinitely more theatrical. To point the finger of accusation, to sound the knells of doom, to light the bonfires of outrage ... these are actions so much more satisfying to the frustrated drama queens of the GOP.

Madam Foxx can hardly believe her luck, to grab a florid moment in the national spotlight as the congresswoman who would deny the new president the other half of George W. Bush’s stupid TARP money. How convenient for her that the actual authors of that stupidity are out the door (since they happen to be the standard bearers of her own party). With Bush & Co. gone safely to seed, she can oppose to her spleen’s content.

Does she have an alternate plan? Well, no, not exactly. “Let the market work”? Wouldn’t that have turned out well, if Virginia Foxx and her fellow congressional Republicans had gotten their way to privatize Social Security and pump the money into the same market that hasn’t finished crashing yet? What did Madam Foxx want to do during the recent failure of banks? Stand by and watch?

The sun rising on Obama is also rising on the conservative obstructionists. When Republicans are out of power, there are no evident requirements that they have an actual idea, a plan, a solution. Being in opposition is its own idea. No solutions required. Just John Boehner playing Aunt Pittypat: “Oh my heavens!”

No solutions nor intellectual consistency, either. Recently, Madam Foxx said that she was “philosophically opposed to the federal government operating this way” (handing out money in the financial services bail-out), but she was famously in favor of the United States Congress imposing itself on a private family matter in the Terri Schiavo case. Foxx was an enthusiastic foot-soldier in that unprecedented imposition of federal power, mugging for those C-SPAN cameras in an early foretaste of her theatrical talents.

But apparently, giving out ultimatums in private moral matters is quite different from giving out money to people or institutions who need it.

Madam Foxx has never tired of using her own early childhood poverty as a banner for her character, and apparently no one EVER helped her. She intends to get her revenge for that. So if you’re hurting right now and there’s something government might do to help out, don’t go to The Madam all whiny and stuff, because she’ll gush like an artesian well, NO NO NO NO.
Posted by J.W. Williamson at 1/18/2009 01:29:00 PM
Email ThisBlogThis!Share to TwitterShare to FacebookShare to Pinterest
Labels: conservative movement, National Republican Party, Virginia Foxx