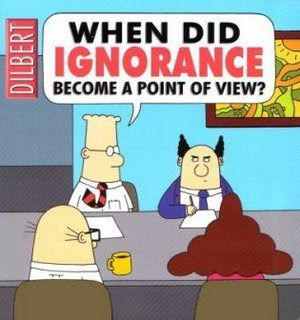 Mississippi, where they don't want their teenagers to know the first thing about preventing pregnancy or about sexually transmitted diseases, has the highest teen pregnancy rate in these United States.

The Centers for Disease Control found that in 2006, the Mississippi teen pregnancy rate was over 60 percent higher than the national average and increased 13 percent since the year before.

But they simultaneously know how to preach that "abstinence only" line of propaganda, which (let's face it) is a whole lot easier to peddle than the truth.

Mississippi schools are not required to teach sexuality education or sexually transmitted disease (STD)/HIV education. If schools choose to teach either or both forms of education, they must stress abstinence-until-marriage, including "the likely negative psychological and physical effects of not abstaining." […]

If the school board authorizes the teaching of contraception, state law dictates that the failure rates and risks of each contraceptive method must be included and "in no case shall the instruction or program include any demonstration of how condoms or other contraceptives are applied."

A nervous titter might run through the room.
Posted by J.W. Williamson at 1/08/2009 11:59:00 AM
Email ThisBlogThis!Share to TwitterShare to FacebookShare to Pinterest
Labels: abstinence only, Mississippi, teen pregnancy