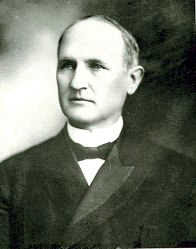 I stood on "Mulberry Row" at Monticello and listened to a young tour guide describe the realities of being a slave on the plantation of our third president, Thomas Jefferson. The young man who was telling us these things riveted me with very specific and deep knowledge of his subject but also with the daring of his presentation. He was telling us unsavory things about an American saint on the very ground that saint once trod and onto which we tourists had all gained admission by paying $20 each. What did we think we were getting for our $20? We probably thought we would be reaffirmed in our smug belief in Mr. Jefferson's sainthood. We definitely weren't looking for reality, but we got it anyway. It was the most memorable and jarring experience I ever had at an American historic shrine, and I wouldn't trade it for anything.

The fact is that I still revere Mr. Jefferson for his democratic ideals and his skeptical, inquiring mind, even as I recognize the crushing grip of white privilege that enwrapped and constrained him. In his lifetime, Jefferson told more than one friend that he abhorred the institution of slavery, but he couldn't seem to stop himself from enjoying its many fruits. The paradox of that is nothing more than the paradox of human nature. Every great man, and every little man too, is a walking congress of contradictions. Where there is goodness, it may exist in tension with a stabbing badness. Sight often alternates with blindness. Courage sleeps in the same bed with fear.

What makes the difference in the way we ordinary mortals view great men, whether we extol the virtue and ignore the vice, has much more to do with the passage of time.

The problem with the man pictured above, Charles Brantley Aycock (who was N.C. Governor from 1901-1905), is that there hasn't been enough time yet. His white supremacist activities, which contributed not only to the white coup d'etat against the black government of Wilmington in 1898 (with multiple black deaths) but to the whole system of Jim Crow segregation that held blacks down through most of the 20th century, is right now threatening to overwhelm what good he did.

Until recently, most of Gov. Aycock's unsavory racist history has been carefully scrubbed. In its place were his good deeds alone. He was the "education governor" of North Carolina. He was responsible for completely transforming and reforming the dismal state of public schooling in this state. During his four years in office, Aycock pushed to build some 690 new schoolhouses. That amounted to, like, three new schools a week for every week he was in office.

So Aycock has been revered. His name graces one of two of the annual fundraising dinners put on by the N.C. Democratic Party, the Vance-Aycock Dinner happening today (as a matter of fact) in Asheville.

Then a group of right-wing Republican activists decided to embarrass the state Democratic Party by highlighting Aycock's racist past, demanding that his name be taken off the fundraising banquet, a demand which has seemed to spark a stampede toward disavowing Aycock.

Reassessing Aycock and acknowledging his own "Mulberry Row" is both necessary and salutary. But I think of Thomas Jefferson, and the paradox of his good/ill living side by side in the same human frame. We can accept the Jefferson paradox now perhaps because he has a hundred years more of mellowing in our collective memories. The discomfort with Aycock has to do with much more recent history, still turning rancid in the New South sun.

I think we should be able to celebrate Aycock's good accomplishments without embracing his racist blindness. I'm uncomfortable having our heroes approved or vetoed by a Republican group for political advantage, especially when those "Carolina Stompers" seem to have no appreciation for their own paradoxes, let alone the paradox in the human condition.
Posted by J.W. Williamson at 10/06/2007 10:18:00 AM
Email ThisBlogThis!Share to TwitterShare to FacebookShare to Pinterest