N.C. Senate Up for Grabs (They Say) 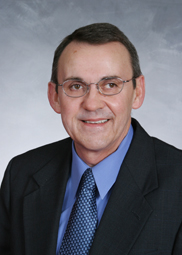 The folks at The Political Junkies are often quite astute about North Carolina politics, so you might want to pay attention to their analysis that the N.C. State Senate is just six key contests away from going Republican in 2008.

One of the six key races they identify for next year is the expected rematch between Steve Goss and David Blust here in Senate Dist. 45:

"District 45 is one which the Democrats did not expect to win in 2006, but did. Republicans did not fare well in the western mountains of North Carolina generally in 2006. Goss, with little money or support from the State Democrats, but with an excellent grass roots effort, pulled off an upset. Republicans will assuredly test whether Sen. Goss' election was the 'real thing' or a political blip."


Blust's clearly been working toward a return engagement for this Senate seat in 2008, and he'll have plenty of money. Blust helped form and direct Citizens for Change, which raised tens of thousands of $$, and he even hypocritically registered ASU students to vote in the recent Boone town elections. ('Course, they didn't exactly vote his way and might not again in 2008 when he's on the ballot again. The YouTube footage of Blust saying he's philosophically opposed to students voting in local elections has already been viewed thousands of times.)

Senator Goss, who has worked harder as our representative than his chief rival might have in the office, will be better financed next year, and his volunteer base hasn't gone away. Goss is indeed "the real thing."
Posted by J.W. Williamson at 10/22/2007 10:48:00 AM
Email ThisBlogThis!Share to TwitterShare to FacebookShare to Pinterest