The Democratic Primary for HD112

A four-way Democratic contest developed during candidate filing for the new North Carolina House District 112, with some familiar faces, including one who's attempting rehabilitation following disgrace. The newly drawn Mecklenburg County district (a wedge out of far eastern Meck that abuts both Cabarrus and Union counties) leans heavily Democratic. There will be a Republican challenger for the Democratic winner of the primary, but Tony Long, a Mint Hill town councilman, ain't given good odds for winning. Winner of the primary liken takes the seat. 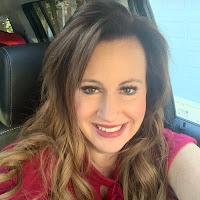 Tricia Cotham is probably the best known of the candidates. From being recognized as a young Teacher of the Year in 2001, to administrative work at one of the state's largest high schools, to being appointed in 2007 to an NC House seat at the age of 28 -- making her the youngest in the chamber -- she served a decade in the House learning public policy, especially as it impacts public education. In 2016 she opted not to run for reelection to the House and instead threw herself into a crowded primary against Alma Adams for the 12th CD. Adams had been elected in 2014 and won the 2016 primary against all comers.

Cotham comes from a political family. Her mother Pat Cotham is serving her fifth term as an at-large member of the Meck Board of County Commish. In 2008 Tricia married Jerry Meek, chair of the NC Democratic Party, one of the most successful party chairs we've seen in the last 30 years. Cotham and Meek had two sons. The couple is now divorced.

Rodney W. Moore, a Meck Democrat notorious for being indicted in 2019 on nine campaign finance-related felony counts -- filing falsified campaign reports between 2011 and 2015.  He pleaded guilty to one count and was sentenced to probation. Before all that scandal he had run for reelection in 2018 as something of a Democratic dog in the manger (he had been one of a handful of Democrats to vote for fracking), so his favor among the voters was already in tatters and he was soundly beaten by Nasif Majeed in the primary. In 2016 he and Tricia Cotham both tried to unseat Congresswoman Alma Adams (see above), but Cotham did much better in the vote count than he. Cotham took 21% of the vote to Moore's .8%.
Interestingly, Moore is in the same business as Cotham, providing government relations consulting services through his own firm, Moore Consulting Group Inc. "A dynamic firm specializing in professional government relations, policy development, business development and public relations. Access to decision makers and key executives at the local, state, and federal levels of government."
Yes, we savvy the boast, "access to decision makers." 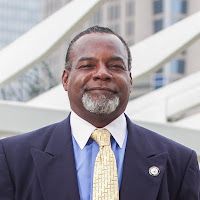 Jay Holman (full name: Johnell A. Holman), a Charlotte builder and paralegal "who has worked multiple campaigns over the years but is making his own first bid for elected office" (WRAL). He has worked as a paralegal at Charlotte law offices but probably his biggest influence comes from his activism for the Charlotte Meck Black Leadership Caucus. He led their PAC which means he knew (and knows) the players in the Meck Democratic Party. He also lists on his Facebook page -- Executive Director of Legislative Advocacy and Action Agenda at National Action Network.

Yolonda Holmes has been elusive on social media. She has a Facebook page which provides a link to a website, which is locked. The Facebook page is singularly uninformative. Found on the Internet: "The Rev. Dr. Yolonda Holmes, who grew up in the Charleston public schools and is a retired Department of Defense employee, is employed as Family and Community Engagement Coordinator with the CMS Family and Community Engagement office. She is associate pastor of New St. John Missionary Baptist Church in Charlotte. She earned a BS degree at Voorhees College, an MS in criminology at Indiana State, another MA in management, then a Ph.D. from Capella University." She works for the Charlotte Meck school system. She's a member of the long-running Mecklenburg County Women’s Advisory Board, an official county-appointed office.
Posted by J.W. Williamson at 3/11/2022 12:40:00 PM
Email ThisBlogThis!Share to TwitterShare to FacebookShare to Pinterest
Labels: Jay Holman, Rodney Moore, Tricia Cotham, Yolonda Holmes

Where can I share information from the Yolonda Holmes for NC campaign? Thanks, Tameka O’Neal, Communications/PR Director