The Democratic Primary in H43 -- A Rematch with a Wild Card

In 2020, Fayetteville State University professor of social work Kimberly Hardy defeated incumbent Democrat Elmer Floyd in the March primary. He was the only Democratic lawmaker two years ago taken out in a primary. Hardy went on to lose to Republican Diane Wheatley by 1,420 votes that November, a heart-breaker.

Those three personalities are all back in the race this year, but Kim Hardy and Elmer Floyd now have another Democrat in their primary, Prince Christian, who may scramble expectations by drawing votes from either of them or from both of them. Who knows?

I'm relying below on what I wrote about Hardy and Floyd in January of 2020. 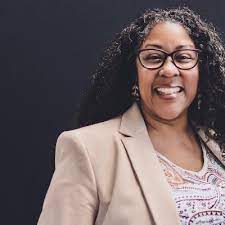 She trained as a social worker -- holds a doctorate in it from Morgan State University in Baltimore -- and currently teaches social work at Fayetteville State University. One of her areas of special interest and research is "the intersection of social work and faith with a particular emphasis on African-Americans and the institution of the Black Church in both a historical and contemporary context." Her current research focuses on breast cancer and breast health awareness models in urban Black Churches. Hardy has written and presented extensively in the area of religion, spirituality, and social work and currently serves as the Board Secretary for the North American Association of Christians in Social Work (NACSW).

She's challenged incumbent Floyd in 2020 as "A New Voice for Cumberland County," and was willing to put leather to pavement in canvassing neighborhoods in the district. Boots-on-the-ground can indicate energy and support from a cadre of activists, which was essential when trying to overcome the advantages of incumbency. It will be even more crucial for her this year.

Hardy has been endorsed by Carolina Forward. 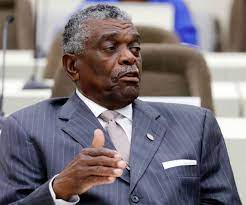 Until this year's most recent redistricting, the district was considered safe Democratic. Floyd often had no Republican opponent in the General Election and only rarely a Democratic opponent in a primary. The newest version of Dist. 43 leans very slightly Republican.

Floyd, with seven terms in the House, had a vast advantage in the 2020 primary over his newcomer opponent. But after 14 years in the House, was Floyd considered an effective representative? Or "furniture." Or worse, was he considered disloyal to the Democratic caucus and to Democratic values? According to Paul Woolverton in the Fayetteville Observer, "Democrats criticize Floyd because he occasionally votes with Republicans on controversial matters. Floyd says he is voting the will of his constituents in District 43." Floyd voted for the passage of HB2. To counteract an impression that he was opposed to expanding Medicaid coverage in North Carolina, Floyd came out very vocally for expansion in July of 2019.

Floyd, educated at Fayetteville State University in law enforcement and at the Institute of Government in Chapel Hill, spent 28 years in the Human Relations Department for the city of Fayetteville, retiring as director. He bragged on his website about his ability to steer pork into Cumberland County.

Prince Christian is a 26-year-old millennial making his first run for public office. 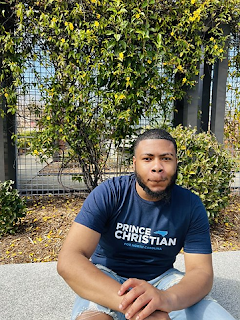 Not a ton of information available on him, so I have to rely on what he says about himself on his website. His emphasis on stopping gun violence suggests some biographical brush with the issue, but I haven't found it.

Prince has been fighting for quality health for all North Carolinian's including efforts to combat Fayetteville's deadly gun violence epidemic. Prince has developed a plan and spent the last years ensuring North Carolinians are able to live a life of purpose in a state that is affordable, educated, healthier, and free of gun violence.