The Democratic Primary in HD56 -- Battle of the Millennials

Let's call NC House Dist. 56 "the Chapel Hill seat," because that southeast corner of Orange County is dominated by that university town. The district has an 84% Democratic lean. Progressive legend Verla Insko has held it for ages, but she's retiring, and two newcomers want to replace her. No Republican filed. 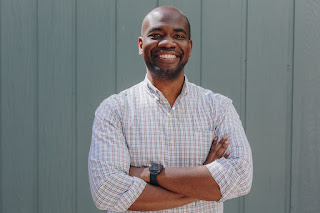 Buansi grew up in Chapel Hill. “My mom encouraged me to think about what I want to do with my life and what my calling was. I gravitated towards this idea of public service, advocating for folks who are in need,” Buansi says. “These folks [his personal heroes Shirley Chisholm, Thurgood Marshall, Charles Houston] were operating at a time when things were really bleak, especially for Black people, especially for women. And yet they saw fit to do whatever they could to move the ball forward. I wanted to fight for people. I want to do what I can to make life equitable.”

As an adult, Buansi has taken an active role in advocating for racial equity in Chapel Hill. From 2015 to 2017, Buansi served on the Executive Board of the Chapel Hill-Carrboro branch of the NAACP, and he has also worked as an attorney-fellow with the UNC Center for Civil Rights.

“We have a crisis when it comes to excessive court fees and costs, and it has the effect of saddling a lot of low-income and working-class people with debts that they can't pay,” Buansi said. “That’s just not fair, that’s just not right.”

Buansi also worked with the Town Council to adopt a resolution to improve racial equity and public safety. The resolution implemented a ban on chokeholds in the wake of George Floyd’s murder and ended regulatory traffic stops by the Chapel Hill Police Department.

Jonah Garson, an attorney and former chair of the Orange County Democratic Party. Garson is also a Chapel Hill native. He got his undergraduate degree from UNC-Chapel Hill and his law degree from Columbia. He was profiled by Hannah Olson in IndyWeek.com: 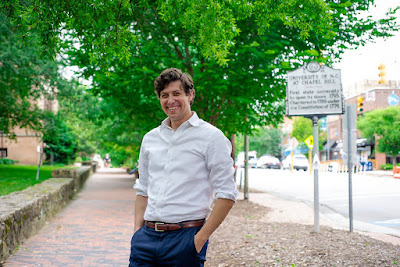 Given his background, it was almost inevitable that Jonah Garson would someday run for office.

The 34-year-old Chapel Hill native grew up encouraging UNC-Chapel Hill students to vote when he was still in high school and spent his formative years becoming politically involved, protesting the Iraq War.

He interned in college for two different state legislators, absorbing governmental know-how, and spent the 2018 midterms driving his Honda across the state working in different races as a field coordinator.

In 2019, Garson served as the voter protection director for the N.C. Democratic Party during the 9th Congressional redo election.

Raising teacher pay, bringing back incentives for teachers to earn master’s degrees and working to close the ever-prevalent equity gap, are at the top of his list of concerns.

“Democracy truly is under attack, and that's not hyperbole, that's very, very real,” he says. “We can't stand another 10 years of not being able to win on the progressive policy votes. Any expectation that we're going to get these core democracy reforms without a fight is wrong.” Garson also emphasizes the need to “free [the public university system] from terribly harmful political interference.”

“Rarely does a candidate come along who is as well prepared to serve in the North Carolina House of Representatives as Jonah Garson. I support him without reservation,” said former Rep. Joe Hackney of N.C. House District 54 in a recent endorsement.

Posted by J.W. Williamson at 3/15/2022 08:38:00 AM
Email ThisBlogThis!Share to TwitterShare to FacebookShare to Pinterest
Labels: Allen Buansi, Jonah Garson