The newly drawn NC House District 66 is wholly in Wake County and heavily weighted with Democrats. As Dallas Woodhouse said, "Republicans can’t win this seat, no matter how good 2022 is for them."

So perhaps it's no wonder that three Democrats have filed to run in the May primary, as the winner will most likely take the seat in November.

One of those three is a first-time candidate. The second ran unsuccessfully for the Wake County Commission in 2018. And the third is currently an elected member of the NC Senate who is abandoning her senate district to run in this House district, a jump that is both unusual and debilitating to the Democratic goal of keeping Republicans from winning a super-majority in the Senate. 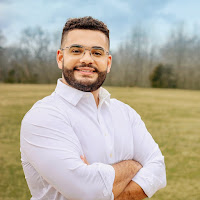 Knott is a 26-year-old Democratic Party precinct chair. He trained in accounting and economics (where? he doesn't say) and has worked as an auditor for PwC, a tax and auditing service. He says he "stepped away" from that job to run for this office. His website is thin on specifics and biography (maybe we'd expect that from a 26-year-old running for the first time), but I like this personal statement:

"I’m a mixed-race progressive who grew up in the Deep South. Politics isn’t abstract to me. I didn’t need critical race theory to learn about racism, and I didn’t need a policy analysis to know the importance of Medicaid. So when I talk about policy, it’s from a place of shared experience. I know what’s on the line. That’s why I’m running."

As an observer who believes that the rise of "mixed race" perspectives and personalities could save us from the toxicity of white nationalism, I welcome his candidacy. 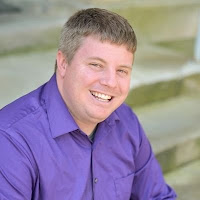 He says he's a small business owner (landscaping) who decided to make a personal sacrifice when schools began to come out of the pandemic:

When Wake County went back to school full time this year, they where faced with a shortage of staff from teachers to bus drivers and everything in between. While most people stood on the side and yelled to help them, I actually stepped up to help our students and their teachers. I applied and received a temporary license to teach in WCPSS this year and make a difference in a child's life. I did this at a great cost to me and my business. Yet in this life, you should be measured by the deeds you do not the money you make. I would not change anything about my choice. I am now running to be the difference maker in the NC House and bring that “get it done” attitude to public office. Children are our future! It is time we put a leader in the legislature that puts others before himself.

Pierce is 36 years old and has also been active in the Wake Democratic Party. I found more personal info on him from his 2018 run for the Wake Commission. 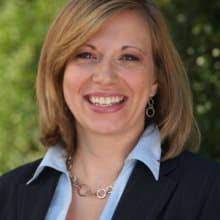 Crawford right now holds the NC Senate seat in District 18. I wrote a lot about her back in late 2019 (here and here). I was mildly critical of her vanilla presentation and her eschewing of progressive platform positions, even though she was endorsed by Lillian's List. She won that Senate seat easily. When she made it known less than a month ago that she would run for a House seat instead of for reelection to her Senate seat, Republican operative Dallas Woodhouse could not stop himself from chortling derisively about her pursuit of "self-interest" in the switch, implying she would have a much tougher race for reelection to the Senate.

Interestingly, she doesn't say a word about being a state senator on her revamped website. Big guns in the NC Democratic Party are lining up to support her. First Lady Kristin Cooper and Secretary of State Elaine Marshall are co-hosting a fundraiser for her next month.