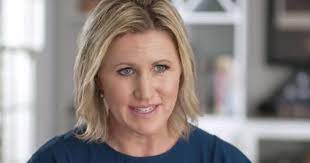 Nobody's paid much attention to candidate for US Senate, Marjorie Eastman, because the swinging trio of Republican men running for Dick Burr's seat -- McCrory, Budd, Walker -- have sucked up all the oxygen. Only now, Marjorie Eastman is suddenly in the press, because a new super-PAC founded by tycoon Fred Eshelman has been spending $1 million getting her name out there. The PAC is called "Restore Common Sense," and in the best of all possible worlds, Marjorie Eastman could be a runaway good bet to win a normal Republican primary -- distinguished ex-military careerist and smart, normal woman. Damn impressive on paper. Her Wikipedia article -- must reading. There's no indication there that she's any kind of conservative culture warrior. She's all about veterans and wrote a well received book, "The Frontline Generation: How We Served Post 9/11."

She had combat experience in both Iraq and Afghanistan. "She was ranked the #1 Military Intelligence Company Commander in Eastern Afghanistan for the deployment cycle of 2009-2010, awarded the Bronze Star for meritorious service as a combat commander and received the Combat Action Badge" (website). She announced her candidacy back last October and was largely ignored until Fred Eshelman decided to help her.

But she's not from around here. Went to school in California, and she accepted a White House Fellow appointment from Bill Clinton in 2000. As a military careerist, she's lived a lot of different places. She and her husband recently retired to Cary, and she's obviously very new to politics. But her Wiki bio lists real achievements in the academic realm:

[Eastman] also studied abroad at the University College London, School for Slavonic and East European Studies. She attended the Josef Korbel School of International Studies at the University of Denver, where she earned her master's degree in International Security, with concentrations in Homeland Security, Intelligence, and Human Rights. During her graduate studies, she was one of 56 students selected nationally for the Federal Bureau of Investigation's Honors Internship Program. She also has an MBA from Vanderbilt University's Owen Graduate School of Management.

Everything I read screams not-a-Trumpist. A moderate Republican with a sense that the United States belongs in the international stew because it can do good deeds.

But then I watched her intro video on her website, and I guess I ought to accept by now that every educated Republican moderate will quickly mouth the magic words -- "I'm a conservative, pro-life, pro-2nd Amendment Republican." Those words are actually somewhat jarring in the video because they follow an opening section that seemed complete in itself -- about being inspired (if not incensed) by the heroic sacrifice in the face of national adversity (9/11). It's soft-focus patriotism. But then the next section -- and it's like the advisors said to her, "can you do a tougher version?" -- Marjorie Eastman obliged and even got downright icky: She says she wants good old American capitalism to save us from "the creeping socialism that's being pushed in our Congress."

That internationalist sheen dooms her, no? in the Republican primary. But I can't help wondering if all that super-PAC money might make her more viable and hence a threat to McCrory, by dividing the never-Trump vote, especially if Mark Walker takes Trump's dangle of running for a House seat instead.
Posted by J.W. Williamson at 1/24/2022 03:32:00 PM
Email ThisBlogThis!Share to TwitterShare to FacebookShare to Pinterest
Labels: Marjorie Eastman, Mark Walker, Pat McCrory, Ted Budd