The Book-Banning in McMinn County, Tenn. 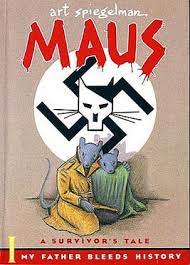 I just spent many tedious minutes reading through the minutes of the McMinn County (Tennessee) School Board meeting on January 10th, when its ten members voted unanimously to ban Art Spiegelman's graphic novel "Maus" from the eighth grade curriculum. That news has only just broken in the national press, and it's broken big because "Maus" was the first and only graphic novel to ever win the Pulitzer Prize.To be concise, Spiegelman created "Maus" to record his father's experience in the Holocaust as a Polish Jew, and in doing so, Spiegelman was recording his experience being the son of a survivor, and his experience writing about the experience of being the son of a survivor, which raises the urgency of the message a few degrees. Throughout "Maus," the Jews who suffered at Auschwitz are depicted as mice, the Nazis, as cats.
The parents who complained to the McMinn County School Board focused on eight cuss words (which apparently included the words damn and bitch), but one can't help wondering if that Victorian prudishness was a pretext for blocking out something much more uncomfortable for those parents. It's clear from the minutes that school authorities took steps to white out the offensive words (yes, they did), but it didn't satisfy the school board, which to be fair appeared to wrestle mightily with their decision. At one point, by a vote of 6-4, the motion to ban the book was laid on the table, but discussion kept right on going and the motion to table was lifted and the motion to ban eventually passed 10-0.
Board member Tony Allman led much of the attack on the book, and some of his comments in the minutes will cement his reputation as a sterling defender of youth:

I may be wrong, but this guy that created the artwork used to do the graphics for Playboy. You can look at his history, and we’re letting him do graphics in books for students in elementary school. If I had a child in the eighth grade, this ain’t happening. If I had to move him out and homeschool him or put him somewhere else, this is not happening.

Drew pictures for Playboy? That's guilt-by-association, something those cats in "Maus" were good at. But if it's any consolation for the McMinn County School Board, the book is also banned in Russia. 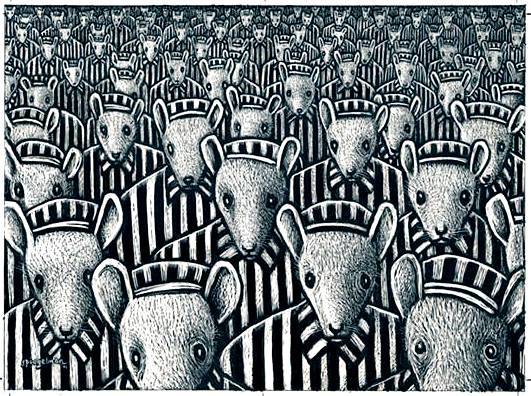 Posted by J.W. Williamson at 1/27/2022 09:45:00 AM
Email ThisBlogThis!Share to TwitterShare to FacebookShare to Pinterest
Labels: public education

Cats in mouse clothing make all the rules and "white out" anything upsetting their supremacy.