Alienation May End the Republic 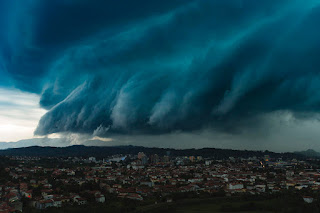 Brant Clifton over at The Daily Haymaker, is sometimes my window on the North Carolina branch of the national conservative movement (national conservatism = "the intellectual version of Trumpism"). Clifton has never covered up, or even softened, his contempt for anything that smells of "establishment Republican." He's a constant goad for the leadership of the NCGOP. He has launched shitballs at Dallas Woodhouse, Thom Tillis, Renee Ellmers, Tim Moore (among many others). The complaint against the establishment always involves its apparent lack of courage, its frequent failure to scorch the earth, or its corrupt bargains with big corporations.

Clifton just published (again, as it turns out) a call to action for his brand of politics:

Are you frustrated with the current state of the NCGOP? Start organizing your like-minded friends to take over — or at least build a sizeable contingent within — your precinct and your county party organization. The county party organization makes the decisions about who goes to the state convention. That’s where the platform AND the party chairman are decided on. He who shows up, wins. That’s how it works.

That alienation from the Republican Party hierarchy mirrors a similar alienation among some Democrats. Many of us are at least sympathetic to an "alienated worldview" because we have our own grievances against long lists of people in power, people with too much money, people who've gotten an unearned advantage at the expense of others. That alienated worldview animated both Tump voters and "Bernie Bros," a sobering but widely ignored connection.

Setting aside Brant Clifton and his brand of conservatism, I understand the attractive pull of some of the basic assumptions underpinning economic populism (and the alienation that goes with it):

"Conventional Wisdom" is the path to stagnation.

Big-time "globalization" -- international deals under the banner of "free trade" -- benefit corporations at the expense of workers.

The deindustrialization of the US because of globalization destroyed working-class families.

I can recognize how much of their alienation I might have shared with many who stormed the Capitol on January 6th a year ago. Minus the fundamentally illiberal impulse to fall in behind a selfish and cruel "strong man" who has promised to right all wrongs if only he can be given all the power.

Posted by J.W. Williamson at 1/07/2022 09:51:00 AM
Email ThisBlogThis!Share to TwitterShare to FacebookShare to Pinterest
Labels: North Carolina Republican Party, Trumpism