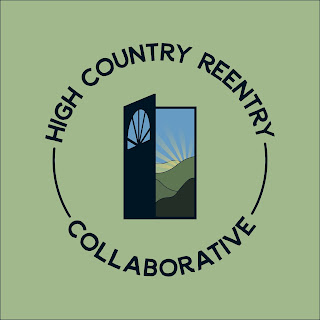 Jesse Jones, a composite inmate based on multiple case profiles, was released from a North Carolina jail in 2018. Charged with a non-violent drug crime, and with little means for proper legal defense, he took the advice for a plea bargain from his assigned, overworked public defender. After serving a 9-month sentence, he prepared for his reentry into society. He left the jail with no financial means, lacking even a form of transportation. No one picked him up. The kinds of support structures most have, Jesse has always lacked.

Jesse is one of the millions of people diagnosed with a mental illness, which has made holding a traditional job difficult, especially when he cannot afford treatment, a frequent reality for Jesse. His working-class background made him resilient and able to improvise to survive. He got prison because he lacked money and is out of prison without money.

Formerly incarcerated people, like Jesse, re-enter a society invested in their past. Background checks, even to rent an apartment, often filter them out. Finding steady employment is equally daunting, forcing them into further desperation. They’re caught in a catch-22. There are always boxes to be checked on job and apartment applications, prohibitions on voting, restrictions on travel. Is it any wonder that, according to the North Carolina Justice Center, our state has a 40% recidivism rate?
The branding of people as felons for the rest of their lives proves the system has little pretense for true and fair reentry. If the entire point of incarceration is rehabilitation, why label someone with a permanent stigma? Once branded “felon,” our Jesse and many more like him face the prejudice – or at least the skepticism – of potential employers and landlords alike. In 2019, of the 212,048 felony charges statewide, only 14.2% were for violent crimes; 85.8% were for nonviolent offenses. But all are lumped together as “felons.”

The failures of our justice system are a frequent point of political discourse. Wouldn’t most people, regardless of a political party, agree that the justice system as it stands is broken? Everyone is comfortable with yakking about policy but fails to truly grasp the individual lives in ruins. Policies like minimal sentencing, targeting of poor or marginalized neighborhoods, and for-profit prisons have to change, no doubt, but we also have to acknowledge we’re failing people like Jesse Jones in the process. People’s lives aren’t policies passed 30 years ago.

Simply put, people deserve second chances. Systems designed to keep people down only increase the chance of another incarceration. As a response to these inequities, folks in the High Country have founded the High Country Reentry Collaborative. The Collaborative has some ambitious goals: The creation and production of video testimonials, showing the faces and personal experiences of individuals impacted by incarceration; help with job placement in a rehabilitation-friendly place of employment; and the cataloging of the resources available to those in our community.

If you’re looking to support the fledgling Collaborative, you can email (highcountryreentry@gmail.com) to find ways to support or get involved!


Jon-Dalton George is a member of the Boone Town Council.

Posted by J.W. Williamson at 1/16/2022 08:24:00 AM
Email ThisBlogThis!Share to TwitterShare to FacebookShare to Pinterest
Labels: North Carolina judicial system