Primaries To Be Delayed Again, To June 7th 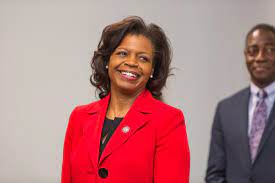 Republican leaders in the North Carolina General Assembly obviously believe their gerrymandered maps are about to be declared unconstitutional by the State Supremes. The "gerrymandering trial" appeal goes before the Court on Feb. 2nd. Plaintiffs are looking to overturn the 3-judge panel's ruling last week that there's really nothing the judicial system can do about partisan power grabs via gerrymandering. The NC Supreme Court has set arguments on the appeal for Feb. 2nd. They have (by my count) exactly 7 working days from then, to February 18th (Friday of the week of February 14), which according to the State Board of Elections is their drop-dead week for having new districts defined so that they can accommodate candidate filing for a (court-ordered) May 17th primary.

The Republican bosses in the General Assembly are taking the correct steps right now to delay the primaries another three weeks to June 7th. That's a gift to the Court. More time, more deliberateness, more care in who the Court orders to draw new maps. Ahem.

That delay in the primaries is just an acknowledgement of reality by the Republican bosses, not necessarily IMO a nefarious first step toward impeaching any Justice who rules their gerrymandering unconstitutional. Dallas Woodhouse, writing for the Pope Carolina Journal, has reported that some Republicans are sure 'nuff talking impeachment (Billy Corriher's reporting), but delaying the primaries in this new instance is perhaps merely dealing with it.

I'm okay with the Court ordering the General Assembly to draw new maps (rather than an independent commission). Yes, I realize Berger Moore will slip in what bad faith they can in new maps, but don't they have to be better than what we have right now? Weren't the 2020 court-ordered maps that the Republicans were forced to re-draw better than what they replaced? You bet they were, for at least those new maps prevented veto-proof majorities for the Republicans in NC House and Senate and led to the election of 2 new Democrats in the US Congress. Odds are, new maps would eliminate at least some if not all malicious mischief, like the splitting up of Watauga County between two different Congressional districts and two different NC House districts.

Dallas Woodhouse thinks the delay is particularly bad for the Republican senatorial primary between Pat McCrory, Mark Walker, and the Trump-tetched Ted Budd. It's bad if Mark Walker sticks to his guns and stays in the race rather than take the tainted Trump bait of running for the US House instead. Walker stays in and divides the conservative vote with Ted Budd, and McCrory waltzes. Woodhouse would applaud that.

Probably so would Cheri Beasley.