The "Foxx Finger" Featured in the Gerrymandering Trial

This gerrymandered abomination got some discussion in the trial in Raleigh that started yesterday on whether the Republican redistricting of Congressional and NC legislative seats violates the state's constitution. It's a pretty good object lesson for "partisan intent." 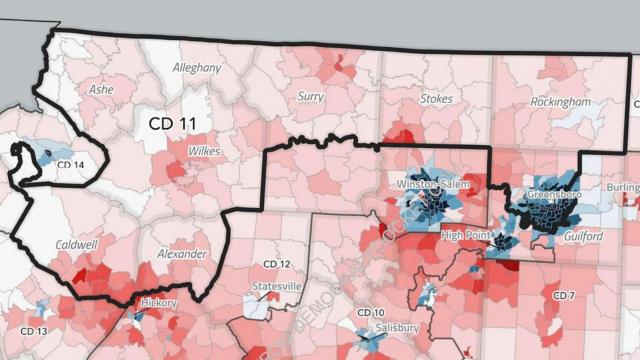 CD11 used to be in the main CD5, and it's promised to Virginia Foxx by eliminating most of Watauga County except for the Foxx eff-you finger that awkwardly takes the Watauga Precinct out (where she lives) and links it to Guilford County, with a lot of heavily Republican counties along the Virginia border.

Posted by J.W. Williamson at 1/04/2022 09:27:00 AM
Email ThisBlogThis!Share to TwitterShare to FacebookShare to Pinterest
Labels: redistricting, Virginia Foxx