The Threat of White Populism 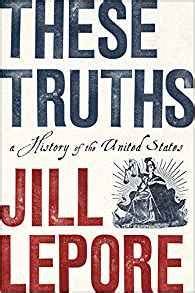 I'm reading Jill Lepore's "These Truths: A History of the United States," and I'm sort of hoping it never ends. I've read a lot of American history, but nothing I've read previously completely prepared me for the dish that Lepore serves up -- an American pie with a tough crust and ingredients you might just as soon not bite down on. It's essential reading, and such good writing. Her Chapter 8 alone, on the Civil War, moved me to tears in a way I wasn't expecting.

I've often considered myself a populist. If I'd been born in France in the 18th Century, there's not a doubt in my mind that I would have shown up outside Versailles with a pitchfork. In my view, Citizens United v. FEC is just another Versailles of privilege and judicial favoritism. Sure, sure I've read enough to know the dark side of populism, that agitating outside the gilded halls leads to entertainment at the guillotine. But Occupy Wall Street led to nary an execution, so far as I know.

Jill Lepore writes one paragraph that clarifies so much about American populism as variously understood by citizens who look in different directions for their enemies:


Populism entered American politics at the end of the nineteenth century, and it never left. It pitted "the people," meaning everyone but the rich, against corporations, which fought back in the courts by defining themselves as "persons"; and it pitted "the people," meaning white people, against nonwhite people who were fighting for citizenship and whose ability to fight back in the courts was far more limited, since those fights require well-paid lawyers.

The tension between those two vectors defines our Republic, and mars it, and coincidentally catches me in my own contradiction: I always wanted more populism from Barack Obama. And less from Trump (bless his heart).

An outstanding book--I earned an MA equivalent in US history at Chapel Hill (a half century ago, true) and yet I learned so much (more) from reading Lapore. I sent a copy for Christmas to our mutual friend working with PTP in Chicago. Lapore has a couple of factual errors that might have been caught (she has US "fighter jets" escorting FDR's plane to the Malta conference with Churchill in 1944--nope) and people arriving by subway to the historic 1963 March on Washington (but the DC Metro did not open till 1976). And, it looks like the debate on the ERA (which once upon a time even Madame Foxx supported) is coming back, with Phyllis Schafly's daughter taking up the fight against it, where her mother left off, geez....When will they ever learn?

Actually FDR traveled by ship (the USS Quincy, a heavy cruiser) from Newport News to Malta in January 1945 and was escorted the whole way by a rotating flotilla of naval vessels while taking appropriate evasive action the entire trip.