The Elections of March: Republican Primary in NCS7


North Carolina Senate District 7 (Lenoir and Wayne counties, down east, with Kinston and Goldsboro as the major population centers) was rated by Michael Bitzer as "Competitive" -- the word that always draws my attention -- but also "Republican Favored." Bitzer predicted the Democratic vote share in 2020 at 47.10%, which puts a good Democratic candidate within striking disance, especially if it's a blue year.

Incumbent Republican Senator Louis M. Pate Jr. retired from the District 7 seat in January 2019. James "Jim" Perry, a 46-year-old Kinston businessman, got the votes of his Republican Party leaders in the district to be appointed to Pate's seat. Perry as the incumbent might have an advantage but he has a strong primary opponent, and whoever wins the Republican primary will face a well energized and ready Democratic contender in November. 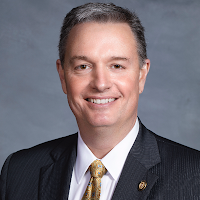 Jim Perry made his money in the health-care delivery business: "After attending Lenoir Community College, N.C. State University and the University of North Carolina, Perry got a job, with the help of Lenoir County Commissioner Mac Daughety, in the healthcare recruitment industry. He eventually moved on to work for Affordable Care in Kinston. And finally he and a couple of partners started their own business with a small chain of urgent care dental offices. In November he sold his interest in the business..." (Kinston.com).

He has seemed to strike a moderate, buttoned-down profile in the state senate. He hasn't signed onto divisive issues for the most part (but see next paragraph) and says he's ready to compromise on sticky wickets, though he published an op-ed in the News and Observer in October arguing against the expansion of Medicaid in NC because the state doesn't have enough primary doctors to treat everyone. That's market-economy Republicanism for you: "You have no right to a doctor until we have more doctors."

Two other sour notes in Mr. Perry's "moderate" image: He's been endorsed by Lt. Gov. Dan Forest, and Perry frequently retweets Forest. Not exactly on message for a "reasonable Republican." And Perry was a supporter of HB370 which punishes county sheriffs for not kowtowing sufficiently to ICE agents.


Billy Strickland is also 46 years old (same age as Jim Perry) and a Goldsboro defense attorney who presents himself as a scrapper for the underdog: "...my main focus is on Protecting YOU from THEM! Whether it’s protecting you from an insurance company taking advantage of you when you’re injured, or protecting you from someone who has not kept their word, or protecting you from an over-zealous court system, my desire is to fight for you when you’re unable to do so yourself." He attributes his fighting spirit to a rough childhood on "the wrong side of the tracks." He says that he essentially emancipated himself at the age of 15 to live and work on his own, and he's become a success.

For a graduate of Regent University School of Law in Virginia Beach (Pat Robertson's inspiration), Strickland does not fall back on the word conservative every five minutes nor does he beat a bunch of culture war drums. He does come out for school choice ("I also believe in the free market") even though his wife is a member of the school board in Wayne County. He likes getting photographed with dead wildlife and he likes wearing fedoras.

He clearly intends to give Jim Perry the fight of his life and could be a formidable contender next November. 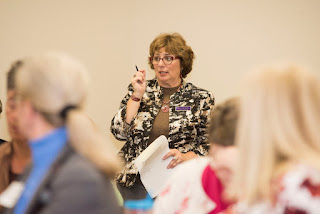 Whoever emerges from the Republican primary will have to face a Democrat who's been building her campaign since last summer. Lake is a 64-year-old retired USAF Colonel and health-care professional. She announced her candidacy for the North Carolina Senate on July 29th. She's another of a distinct trend among new, insurgent Democratic candidates in the Age of Trump: A woman combat vet with two Bronze Stars stepping forward to run in a forbidding new combat zone. Donna Lake also holds a freakin' Ph.D. to boot in Health Care Management and works as a clinical nursing professor at the ECU College of Nursing where she says she's taught 450 students, not to mention another 85 faculty, in patient safety principles, leadership, and finance skills. Her expertise in health care management contributed to the awarding of a $5M grant to train and place "advanced practice registered nurses" into primary care facilities in Eastern North Carolina rural communities. A vital and motivating statistic for Donna Lake: Of the 41 Eastern NC counties combined, 28 (68.3%) have fewer than 5 primary care physicians per 10,000 residents. She wants to change that, and her work is an answer to Jim Perry's complaint that there aren't enough primary care providers for the expansion of Medicaid.

Donna Lake has been endorsed by Lillian's List. We hope she'll have lots of boots on the ground knocking doors, come warm weather, because "competitive" means "direct voter contact," especially in a mainly rural district like NCS7.