Let's Hear It for the Hopeless Cases


I've been looking at the NC House districts that abut on Watauga County, districts where the vote for Trump in 2016 was 74% and up, where no matter how tinted your glasses are with rosiness (or blueness), there's little hope that a Democrat will ever win those districts against such great odds. So that the very act of filing to run as a Democrat is signing on for a suicide mission, and such bravery, self-sacrifice, and commitment deserves recognition. 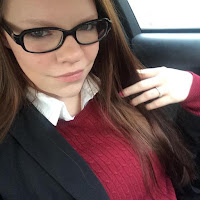 Democratic candidate Corie Schreiber is a 33-year-old Millennial born in 1987 and lives in Hudson. She earned a degree at AppState in 2018 and currently works as a server at FATZ in Lenoir. From the evidence on her Facebook page, she's a single mom. In her final year at AppState, she created a personal blog, "Democratic Girl in a Republican World," as a project for an internet communication class in which she encouraged young people to vote in the 2018 midterms. She posted project videos to YouTube.

Schreiber is running against another Millennial, incumbent Republican Destin Hall, who was first elected to the seat in 2016.


Democratic candidate Mary Beth Shaw from Elkin is a 53-year-old Gen-X-er born in 1967. She doesn't have any web presence that I could find, but she was profiled in the Elkin Tribune early in 2017 for attending the Women's March in Washington on the day after Trump's inauguration:

“As soon as I heard about it, I knew I wanted to be there and take my girls,” said Beth Shaw, who lives in Elkin and traveled to the march with several friends and their daughters. “I felt like it was important that we be heard. And heard is really the key word. I never felt like this was a protest, it was a march. It was a march to bring forward what’s important to us, what we value, what we want the new administration to know and to acknowledge.”

As a mother with young daughters, the issue of women’s dignity was an important one for Shaw and one of the main reasons she wanted to participate in the march. Trump’s demeaning comments towards women have been largely reported, including his vulgar statement about grabbing women by their genitalia.

“I want my daughters to feel like they are in a world that treats them respectfully,” Shaw said....

Shaw said a powerful moment happened for her family later in the evening following the march. Having left from dinner and still in the heart of D.C., Shaw and her daughters happened to be at a crosswalk with a man wearing one of Trump’s campaign hats with the slogan “Make American Great Again.” The man asked Shaw’s daughters if they had enjoyed the march and wished them a good trip back.

“That little moment of one person in a Trump cap who was kind and friendly, that 30-second encounter gave me hope that there’s goodness in all of us and we can find it,” Shaw said.


Democratic candidate Ted Remington is a 73-year-old resident of Marion. I think this is his Facebook page, but he doesn't say a thing about being a candidate. I think he may be this Ted Remington: “Shaggy Dog Stories and Other Feghoots: An Evening with Storyteller Ted Remington” (as advertised in the McDowell News).

Remington is running for an open seat against Republican Dudley Greene, a first-time candidate himself.