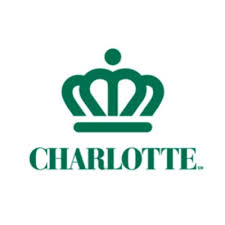 A little over a year ago, on July 16, 2018, the Charlotte City Council voted 6-5 to invite the Republicans to hold their 2020 National Convention in the city. It was a contentious as well as a narrow vote: "Council members debated whether Charlotte could host President Donald Trump without endorsing him and his administration’s controversial policies, but they ultimately decided that the potential benefits outweigh risks to the city" (Steve Harrison, Ely Portillo, and Katie Glueck).

Activists think that the Republican National Convention will give Charlotte a black eye, if not a bloody nose, tarnish it's reputation as a progressive Southern city, roil racial animus, and spark a backlash. Those activists have mounted a petition drive to induce the Charlotte City Council to rescind its invitation. "President Trump’s re-election strategy centers on stoking hatred, resentment, fear, and division. For his personal political benefit, he is determined to stir-up his most ardent supporters in a way that will invariably lead to violence and destruction in our city," the petition reads in part.

I'd call that Republican Convention from August 24 to August 27, 2020, a clear and present danger. The business community that intends to profit off all those visitors probably won't see it that way, but maybe the elected overseers will.

Lead to violence against whom?