News broke late yesterday that the North Carolina Republican Party had nominated four people for the two Republican slots on the new new State Board of Elections (SBOE):

Under the new new law, Governor Cooper must pick two of these people to serve with the three Democrats he'll also be choosing. Generally, a party presents their nominees in rank order, and Four Eggers is listed third, just ahead of NC GOP Executive Director Dallas Woodhouse's cousin Eddie Woodhouse.

Also interesting: Of the four Republicans who served on the last incarnation of the nine-member SBOE, Eggers is the only Republican who made the cut, even though he was far from the most aggressive Republican on the old board, and he voted twice with the Democrats not to certify Rev. Mark Harris's election in the NC-9. That board was dissolved by court order on December 28.

Check the search engine above left and enter "Four Eggers" if you want to browse how he's famous in Watauga County. 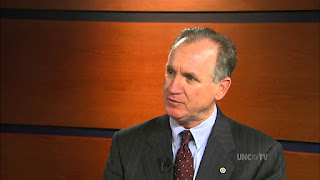 Col. Francis Deluca -- Until last spring, the president of the Civitas Institute. A big proponent of voter photo ID (and curiously, a bitter enemy of solar power). The "Colonel" honorific comes from 30 years of active and reserve service in the US Marine Corps. He flew combat missions in the First Gulf War. He stepped down from the Civitas Institute, but he remains deeply embedded with the Art Pope machine in the James G. Martin Center for Academic Renewal (previously known as the John W. Pope Center for Higher Education Policy). He takes a dim view of a whole bunch of stuff and has the requisite training to off his enemies.

He's supposedly considering a run for the NC-3 congressional seat that Republican Walter Jones is finally retiring from in 2020. Doubtful, since he allowed himself to be nominated again to the SBOE, which would preclude a candidacy. 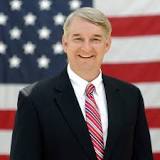 
Newton graduated from Appalachian State University with a political science degree and went immediately to work for Jesse Helms. He won a seat in the NC Senate during the 2010 Tea Party wave and held onto it until announcing in late 2015 that he'd be leaving to run for Attorney General.

"I knew Buck Newton when he was in college. He was always very opinionated, angry, looked down on others, always saw things in simple terms, always quick to jump to conclusions, always claimed things were 'common sense.' He was always very judgmental and used bully tactics on others to make his opinion appear correct. He was always full of confidence based on simple, black and white views of the world. Several of us thought he was an idiot because of his lack of ability to see and understand what was beneath the surface of issues. This bill/law [HB2] sounds exactly like something college-kid Buck would do. Apparently, he has not grown much. There are many smart and wise people in North Carolina who see God's creation as it truly is - a very complicated marvel, so it is absolutely shocking that such a person of low understanding could rise to such power based on such a superficial foundation. Shocking. At one point in time, the earth being flat was 'common sense,' blacks being inferior was 'common sense'... And, here we are... again."

Not for nothing did Buck Newton receive his perfect score from the American Conservative Union. He has voted to prohibit wind farms, to repeal the state's recycling program, to increase sales taxes on working families, and he has a 100% rating from the NRA (among many other things).


I look at these lists of nominees as a game of political chess. Dallas Woodhouse wants to force Cooper to appoint the top two, so he offers poison pills in the alternatives. Four Eggers would once again present the anomaly of having two members of the SBOE from Watauga, something that's made Gov. Cooper hesitate before. And Eddie Woodhouse? Dallas Woodhouse's cousin ... seriously? 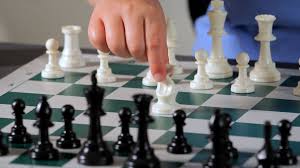 But if I were Governor Cooper, I think I would pick Four Eggers and Eddie Woodhouse. Meetings of the SBOE would be less colorful, perhaps, but the American carnage might be more manageable.

Alternative chess: Go ahead and pick Deluca and Newton, who then stage suicide missions for the sake of partisan advantage -- displaying once again what the GOP is all about. We can use the advertising. Whatever superior logic and argumentative powers Deluca and Newton are rumored to possess, it's doubtful the three-Democrat majority will be swayed.

Another consideration: It will take four members of the new new SBOE to order a new election in the NC-9. None of the four Republicans listed above are likely to provide that fourth vote. Conversely, it takes only a simple majority to refuse certification, so stalemate lies ahead, until a higher power orders a new election. Which can happen, I am persuaded.

Another option for Cooper here would be to reject all four on the basis of a conflict of interest with questions likely to come up before the BOE with previous advocacy, salary provided by partisan funders, or family connections to existing party leaders, and suggest that both he and the GOP appoint academic specialists unconnected to any partisan work for a particular party or local BOE in the past.

It would be an easy way to set a tone that Woodhouse would have to respond to.