While You Were Ogling DeeCee...
Something else happened yesterday while you were possibly transfixed by the pre-dawn arrest of Roger Stone followed by the complete capitulation of DJT ("wall" has shrunk to "wah"). And didn't Nancy Pelosi show every man in Washington how to wear your balls out? Why did I ever doubt her?

We had not even noticed that in their newest Board of Elections law, the Republicans in the General Assembly explicitly prohibited anyone serving on the board who had worked at "electioneering" in the past 48 months. Seriously. Dictionary definition of "electioneering": "the activity of trying to persuade people to vote for a particular political party."

Beyond the restoration of the 3-2 governor's-party architecture of the old old SBOE, I had no idea what else was buried in that law. Evidently, Dallas Woodhouse didn't know either. He's NC GOP Executive Director, and in contravention of his party's law, he presented two (of four) nominees for the SBOE who violate the explicit language of the statute, Francis Deluca and Buck Newton. Governor Roy Cooper actually knows what's in the law, and he demanded two more names, eligible people rather than partisan knights.

Though Cooper gave Woodhouse until Monday to produce two new nominees, Woodhouse coughed them up immediately and under the signature of Republican Party Figurehead Chair Robin Hayes. We'll follow up presently on those two new names in a separate post.

Footnote
Four Eggers remains as a nominee, along with Dallas Woodhouse's cousin Eddie, who has served on the Wake County BOE.

NC Supreme Court Chief Justice Mark Martin announced he would be leaving the bench in February to become dean of the law school at Regent University, Pat Robertson's Christian mill in Virginia. Governor Cooper gets to replace him on the court (and that someone will have to run in his/her own right in 2020).

After the November election of Justice Anita Earls, the Court was 5-2 Democratic majority. With Cooper's ability to appoint Martin's replacement, it may now go to 6-1.

Relatively speaking, that's pretty huge. The NC GOP goes from trying hard the last two years to jury-rig the judicial system in North Carolina, to this: 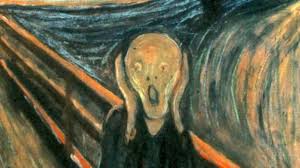