High Time We Took a Wrecking Ball to the System 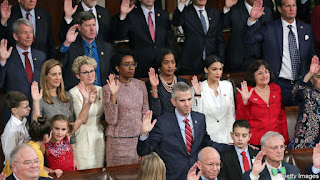 In the US Congress, HR1 is a bill number traditionally reserved by the majority for its most important legislation, the bill that will shape a new era under whichever ruling party. The Democrats in the US House unveiled their HR1 yesterday, "To expand Americans' access to the ballot box, reduce the influence of big money in politics, and strengthen ethics rules for public servants."

Commentators are calling it "sweeping legislation," not only in the sense of wideness of impact but in the sense of sweeping out the accumulated political corruption of a system geared to those with money (and hence, influence). "Sweeping" doesn't strike me as nearly strong enough. HR1 takes a sledgehammer to public corruption, the evils of gerrymandering, the selling of political favors, and all attempts to suppress voter rights.

When passed, this law will mandate independent redistricting commissions for all the states. It will establish automatic voter registration (which comes as a birthright), and it will end the continued disenfranchisement of felons after they've served their time.

Overwhelming majorities of Americans -- including most of those Twitterman voters -- were and still are pretty unhappy with the way our political system is working and think the whole system is rigged against them. They ain't wrong. HR1 intends to change that by mandating more transparency for the campaign finance system -- no more big-dollar anonymity -- and empowering everyday Americans "with a powerful new system that rewards and amplifies small donors" -- a public financing system that would make a 6-to-1 Federal match on small donations. That might make politicians visit living rooms in their district more frequently and private country clubs less often. 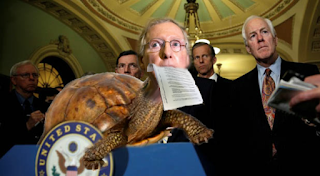 HR1 would make sure that public servants actually serve the public, not use their office for personal gain. That means strengthening ethics across all three branches of government, ending the revolving door in Washington, and reining in lobbyists. Hurray!

Mitch McConnell has already announced that HR1 will get no hearing whatsoever in the Senate. No surprise. And of course Twitterman would never sign such a law, since self-enrichment is his entire reason for breathing. But at least the new Democratic Congress has laid down a marker for where we must go to preserve some semblance of our democracy. And there's another election coming in less than two years.