Watauga County at the Epicenter 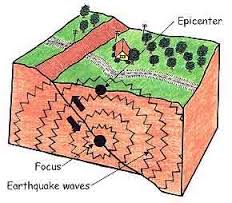 National and even international media have been making a bee-line for Watauga County. We'll have potential gridlock among out of town media come E-Day tomorrow. McClatchy Newspaper Group, owners of the Charlotte Observer and the News & Observer of Raleigh -- and a bunch of other papers across the nation -- will be filming all day here, and a team from the BBC will also be in town. They come on the heels of MSNBC, PBS, and NPR who've already been here filming, recording, and interviewing.

Why all this attention? Because Watauga has been designated one of 50 bellwether counties in the whole nation. One reason for that: We're one of only four counties in the state with more unaffiliated voters than both Republicans and Democrats.

Those astounding numbers make Watauga almost completely unique in North Carolina. In only one other county -- Transylvania -- have the unaffiliated outvoted both national parties in early voting. (Sorry, Transylvania, but despite that you're not considered a bellwether.)

What does it all mean? We'll find out tomorrow night, but in the meantime we have our strong suspicions.

Posted by J.W. Williamson at 11/07/2016 09:55:00 AM
Email ThisBlogThis!Share to TwitterShare to FacebookShare to Pinterest
Labels: early voting in Watauga County, Transylvania County

Jerry, what part of the population does the "Unaffiliated" designation primarily consist of ? Do you have any idea ?