North Carolina Gets a New Governor 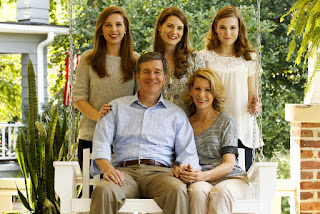 The winning margin is razor thin -- 2,281,851 for Roy Cooper v. 2,276,850 for Pat McCrory -- but there are some 100,000+ provisional ballots still to be counted, including 500 in Watauga County, so we expect that margin to grow wider with Cooper still on top. Plus the narrowness of the win will trigger an automatic recount in all 100 counties.

Everyone will be watching the opening of the provisional ballots and the recount, perhaps no one with more self-interest than Bill Aceto, chair of the Watauga Board of Elections. We believe his four-year reign over ballot access in Watauga is over.

There may have been a red tide in North Carolina but not so much in Watauga.

Congratulations to Mr. Trump for winning the presidency, the first man in history to win the office without serving a single day in any elected office nor a single day in the military. Those who have felt unjustly stymied from expressing racist attitudes will now feel free. And we'll look forward to Mr. Trump's mid-term election in 2018.

I have had sexually-explicit things yelled at me from car windows that....as a grandmother....I find unconscionable. Who on earth believes this is acceptable behavior, other than the POTUS-elect, of course.

Were you one of those at the "women for Trump" bus who were harassed with shouts of "He's gonna grab your pussy!"? I agree, it is disgraceful the level to which some people sink in order to make their political points.

The President-elect made famous the "grab her pussy" phrase. It's a despicable turn of words, uttered by a despicable man who will now be president of the US. Cheers!

'Sure beats a woman who has committed treason many times and her husband, the rapist.

^As we say on the Rorie Farm about outlandish and ignorant statements, "Bull manure!"