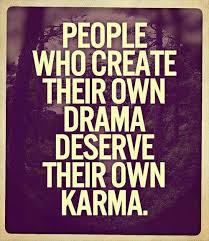 The three-judge panel that ruled back in August that 28 of the redistricted NC House and Senate seats were illegal and unconstitutional "racial gerrymanders" has now told the NC General Assembly that it has until March 2017 to redraw the districts. Further, new elections must be held in those redrawn districts within a year.

(Presumably, a primary will be set for either August or September, and presumably the election proper will fall on the same November date as local municipal elections, but the always dependably partisan General Assembly must set those dates.)

Lawyers for the Republican leadership in the General Assembly argued that their clients needed more time to figure out how to redistrict and still give themselves an unfair advantage, but the judges said tough shit. "Redraw the maps and hold your elections in 2017." Words to that effect.

“While special elections have costs, those costs pale in comparison to the injury caused by allowing citizens to continue to be represented by legislators elected pursuant to a racial gerrymander,” the three-judge panel wrote in the order.

While only about one-sixth of all seats in the General Assembly were covered by the order, a redrawing of the maps for those districts will likely effect all -- or most -- other districts.

Time out for the only possible reaction to that statement: BWA-ha-ha-ha!

Posted by J.W. Williamson at 11/30/2016 09:32:00 AM
Email ThisBlogThis!Share to TwitterShare to FacebookShare to Pinterest
Labels: North Carolina General Assembly, redistricting