What Dick Burr Did Not Apologize For 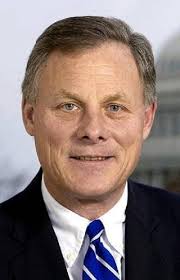 What Burr said that's truly offensive is his attitude toward his job as a senator. He's supposed to vote appointed federal judges up or down. Instead, he likes inaction as the gold standard.

“This is not tough for me,” Burr bragged about blocking an Obama judicial nominee. Blocking a nominee, which means having the senatorial ability to keep a nominee for federal judge in limbo forever, without a vote. “I had the longest judicial vacancy in the history of the United States on the Eastern District of North Carolina. Not many people know that.”

Yeah, we know it. The federal judgeship in the Eastern District of NC has been vacant for ten years, thanks to Burr. President Obama nominated Patricia Timmons-Goodson, a former justice on the NC Supreme Court, in April of this year. “Let me make you a promise,” Burr recalled telling the president after hearing about the nomination. “This seat will be vacant on the day you go out of office."

Burr's attitude extends to the current vacancy on the U.S. Supreme Court: “If Hillary becomes president, I’m going to do everything I can do to make sure that four years from now, we’re still going to have an opening on the Supreme Court.”

There's the conservative Republican philosophy of government in a handy nutshell. Put it in your pocket and haul it out any time you need to understand why the Republic is doomed.

Posted by J.W. Williamson at 11/01/2016 10:03:00 AM
Email ThisBlogThis!Share to TwitterShare to FacebookShare to Pinterest
Labels: Richard Burr, U.S. Supreme Court