Nathan Miller, former Watauga County Commission Chair and current vice chair of the Watauga GOP, announced that the recent $14k fine by the NC State Board of Elections will be contested by the local party.

“This is just election year hijinks,” Miller told the Watauga Democrat. "It is appalling that the State Board of Elections would join in with the local Democrats to issue this notice right before this general election, when the Democrats have been harping on this with them for the last couple months. It is politically motivated.”

We did begin posting on this site about the charges after they broke into the open, amazed as the rest of you about the carelessness of Miller & Company. 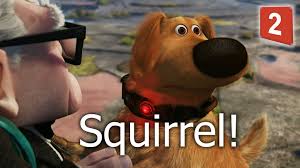 Mr. Miller is practicing some of the oldest tricks in the politician's bag o' tricks ... deflection and distraction.

The local Republican party is extremely adept at lying and fingerprinting and wasting county money. This is inexcusable. We need to make sure the commission changes. Vote out Blust and Yates.

Move along folks, nuttin' to see here. So, the party of fiscal responsibility can't manage to maintain a simple accounting sheet? Got it.

It's nice when you can pay people in cash. None of that pesky 'paperwork,' if you know what I mean.