Captains of the Potty Police Raising Money in Georgia for Gov. Squishy

McCrory ... headed to Atlanta to get money off of Ralph Reed and friends, notorious supporters of HB2. Seriously?

McCrory's become a "send-this-child-to-camp" charity for Georgia religious conservatives who tried to push their Republican Governor Nathan Deal into signing a similar "religious liberty" law in the Peach State. Governor Deal vetoed it and pointed to North Carolina as an example of the bad things that can happen when you unleash the bigots.

We're watching you pander, Governor. Grubbing for foreign money, even as yet another athletic association pulls their championship game out of the state. 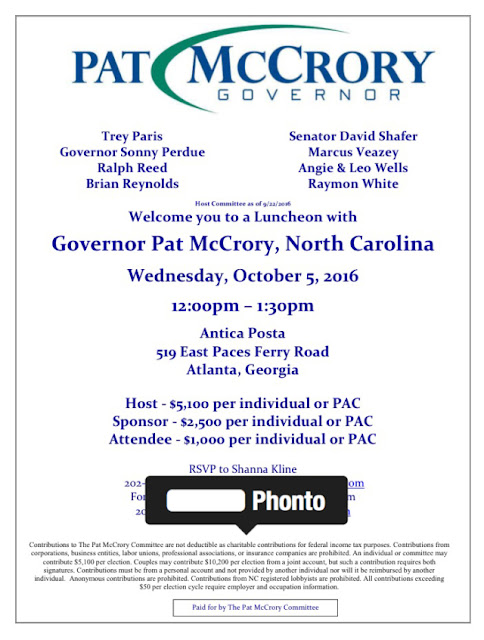