Who's Worse on Women's Issues? 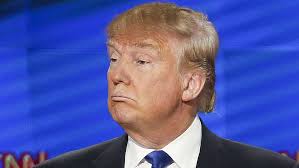 If you watch the video of Donald Trump's deer-in-the-headlights moment last night with Chris Matthews (video embedded here), you see a candidate first trying to tap dance away from the question of whether women should be punished for having abortions -- you can actually see those rusty little wheels turning beneath the skin stretched across his skull -- until finally logic kicks in, so "Yes," sez he, if abortion is capital murder, then women must be punished for having one.

He hadn't thought it through yo. But, yes, this man's first instinct, when cornered, is to blame and punish women. There might be a pattern here, relevant in evaluating the character of a man who wants to be president.

But what, pray tell, were women saying, at least those with at least two simultaneously firing synapses? Here's one response, taken from Facebook:


WTF? What's all this faux outrage by Cruz and Kasich that Trump wants to punish women for having abortions? The very policies that Cruz and Kasich and the GOP have passed already punish women for even seeking one. How can you argue on one hand that you don't want to punish women but it's ok to punish (sometimes kill) doctors who perform abortions, require women to undergo unnecessary medical procedures to get an abortion, and send over 100,000 women in Texas either over the border or to back alleys by shutting down clinics? What a crock. Trump was just telling the truth: Of course they are willing to punish women. They already are.

Thanks to Donald Trump, and to his interrogator last night, for bringing the treatment of women fully and blindingly back into the spotlight for 2016.