"Panic Has Spread to North Carolina" 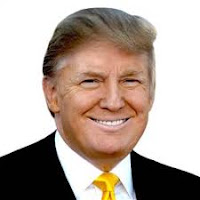 That trembling you feel in the earth? It isn't an earthquake. It's the footsteps of Bigus Dickus, approaching North Carolina.

The Prospect of Trump!

"I'm scared to death,” says former Charlotte Mayor Richard Vinroot, the Republican nominee for governor in 2000. “We’re about to turn our party over to a Trojan horse, a pretend conservative,” Vinroot told the Charlotte Observer. “[Trump] is an opportunist and this is his latest opportunity. I’m worried about a disaster that takes down senators and everybody else.”

Former Gov. Jim Martin, only the second Republican ever elected governor after Reconstruction and the only Republican ever to serve two full terms, worries that Bigus is also “turning off a lot of people. If he can’t figure out a way to be more charming and tolerant, it poses great risk of taking down the whole [GOP] slate.”

Democratic political operatives in North Carolina are being circumspect in what they say publicly about the possibilities if Trump seizes the nomination. Privately, some of them (and some of the most astute) are suggesting we could have a "wave election" if Trump is leading the Republican Party, and not a Republican wave. The old Republican hands quoted above seem to foresee the same thing. 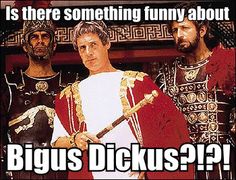 Who knows? Maybe the T-rump will t-romp down everybody in his path and make America great again. Or maybe the tin-horn dictator-a-borning act and the 2nd grade speech pattern will grow as thin as a traveling salesman's gabardine pants.

Nobody knows, except maybe the Witch of Endor, and she's relocated under cover of darkness.

Posted by J.W. Williamson at 3/06/2016 10:30:00 AM
Email ThisBlogThis!Share to TwitterShare to FacebookShare to Pinterest
Labels: Donald Trump

Given what I've seen of the NCGOP, I'm not sure why they're quaking in their shoes at the thought of a Trump candidacy. He's their dream guy - racist, rich, white, morally and ethically bankrupt.

NCGOP is, after all, the party that wants to squelch voting as best they can. So who cares who's the candidate? They've rigged the votes to go anyway they want.

No. The national and state establishment GOPers are indeed quaking in their boots. Trump is not controlled by these despicable, hypocritical, lying, neo-con Trotskyites of the national and most state organizations.

And the voting system is rigged, but not necessarily by any partisan local or state ploy, but by the national media machine that counts and reports the votes. The establishment GOPers are trying every trick in the book to thwart Trump's attempt to win the nomination, even changing the rules, as we speak.