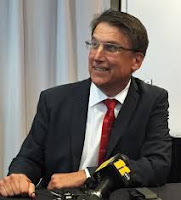 "We have not taken away any rights that have currently existed in any city in North Carolina, from Raleigh to Durham to Chapel Hill to Charlotte," McCrory said at a press conference Monday. "Every city and every corporation has the exact same discrimination policy this week as they had two weeks ago."

That was our governor, vowing that he knew the content of HB2 which he had signed into law last week. PolitiFact found what everyone paying attention in North Carolina has known for a week: that HB2 wiped out anti-discrimination policies enacted in Charlotte, Raleigh, Durham, Chapel Hill, Carrboro, Boone, Asheville, and god knows where else. (The law also takes away the rights of all citizens everywhere in the state to seek redress if they are terminated for discriminatory reasons, but let that provision rest for a moment.)

“It’s huge. It’s a massive loss of rights, and it happened with almost no debate,” said Eric Doggett, a Raleigh attorney who works in employment discrimination.

“I won’t refer to this as a ‘bathroom bill’ because that’s really not what it’s about,” said Laura Noble, a Chapel Hill employment discrimination attorney. “It’s about the elimination of discrimination protections.”

PolitiFact found that Carrboro, for example,  has had a policy for years that contractors paid by the town must have anti-discrimination policies that include sexual orientation or gender identity. HB2 specifically says that local governments do not have the right to put any such requirements on contractors.

"I was absolutely shocked to hear that the governor – I give him all presumption of good faith – but for him to claim this bill does not change existing law means he is not being adequately advised," Carrboro's town attorney Herman said.
Posted by J.W. Williamson at 3/31/2016 08:20:00 AM
Email ThisBlogThis!Share to TwitterShare to FacebookShare to Pinterest
Labels: homophobia, Pat McCrory