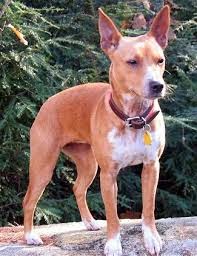 Both Nathan Miller of Watauga County and Seth Banks of Burnsville treated Watauga Countian Britt Springer like the incumbent in the candidate forum last night hosted by the local bar association. They treated Springer like the incumbent because she's been a prosecutor in the DA's office for more than a decade and has vastly more experience with trial work than either Miller or Banks.

Springer is a very tall person. The two men in comparison seemed like small-breed dogs trying to bring down an elephant. They didn't make much headway.

The fiercest feist dog was Nathan Miller. He listed as his "seminal experience" in preparing for this race his last four years on the Watauga County Commission. During the last two years, he's been chair of the County Commission. He said he was distinguished in that role by making so many people mad at him, proving in his own mind that he's some kind of paragon of fixed values. Others might suggest that he's been a paragon of vindictiveness, prepared to take revenge, belittle people he considers beneath himself, mean to a fault, and assertive of a rank partisanship not prone to take prisoners.

A question, "Do you believe in capital punishment?" brought from Miller a "yes! but it's not carried out swiftly enough." Then he quickly added that he wasn't talking about hauling a prisoner from the courtroom outside and stringing him up, which made me think that was precisely what he was talking about. It fits his profile.

Miller also said he wasn't going to leave his conservative Christian beliefs outside the courtroom if he becomes District Attorney. He said that in response to a question, "What place does religion have in the courtroom?" What exactly Miller meant to imply by that was very unclear ... that a member of the Muslim religion better watch out?

Near the end of the forum the candidates were allowed to ask each other a question. Both Banks and Miller went after Springer with aggressive questions about her record as an assistant district attorney, questions which Springer struggled with a little in Banks's case and easily batted down in Miller's. When it came her turn to ask a question, Springer declined to do so, saying the exercise seemed to breed mainly hostility. Then she delivered the Line of the Evening: "I would just like to thank Seth Banks for running a clean campaign."

What that comment implied about Miller was left hanging, unaddressed. Perhaps others in that courtroom knew what was being referred to. Perhaps others were as much in the dark as I was. But I suspect Nathan Miller knew what she was referencing.

He is practicing the right-wing mantra: use the words "conservative" and "Christian" in every sentence regardless of whether it fits in context.

Miller is small-minded and, if I had to guess, driven in this race by the deep-seated fear that he's about to be done in by a woman. I suspect that what Springer was saying is that she has been trashed on the Repug blog and it smells of Miller's desperation.

I didn't go to the forum last night. Who is the Democrat candidate running in the race? Why were they not at the forum?!?

Britt spoke on "The Right Side" this morning and did a great job. Two callers demonstrated support for her.

No Democrat is running.

Miller was a bully in high school, and he still is

Miller is nothing more than another Templeton puppet.

Anon has sure been busy lately~!

It would have been nice if some Democrat in the district had been willing to step up and run for the job, even though I am assuming the district is so gerrymandered a Dem doesn't have a ghost of a chance. DA is an important job as anyone who watches TV crime dramas or reads detective novels knows. Most of the time they get outsmarted or run circles around by savvy lawyers or detectives. Miller as DA would make Hamilton Burger (on the old Perry Mason series) look brilliant--and Perry beat him in the courtroom nearly every week.

I don't personally know Mr Miller, but I know Mr Miller's public policy to be vindictive, small minded and not based in the interest of Watauga County residents. I question Mr Miller's ethics and values.

Sounds like the Williamson bunch is backing springer? then that settles it. She will not get my support. ANYONE who this bunch of shit will back has to be the same. Die Williamson.

Williamson is clearly NOT backing Springer, a Republican. And he clearly doesn't know what Springer meant at the forum. I do - I've heard the untruths Miller has been spreading. Those who call him vindictive and small-minded have nailed his lack of character.