Gov. McCrory: "I Was Told To Stand Here" 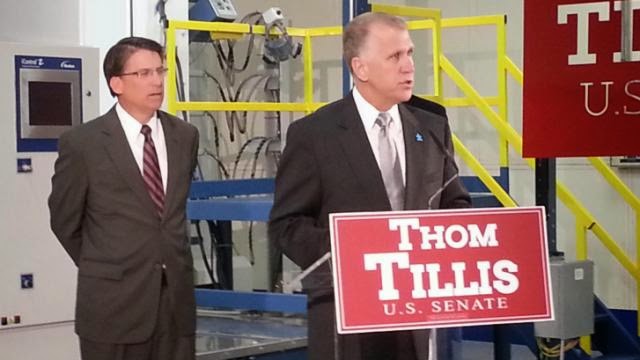 You can't fix the "dumb" that Pat McCrory suffers from.

He waits until all the polls say that Thom Tillis has the Republican senatorial nomination locked up, and then he wades into that spitting match and endorses Thom Tillis.

Is anyone advising Pat McCrory about politics? Why would anyone tell him it's a really good idea to impose himself into an inter-party pissing match? The 15% of the Republican base voting for Doc Brannon are going to hate him for it, and they're the types never to forget nor to forgive.

McCrory has been doing what Tillis and Senate President Pro-Tem Phil Berger have been telling him to do all along. It's to Tillis and Berger's benefit, not to McCrory's. Does he look small in that photograph above, or what?