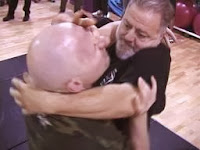 Therefore, Conservatives for Guilford County is holding its own candidate forum on Monday to which not-conservative-enough Republicans running for U.S. Senate or U.S. House in the 6th Congressional District are either not invited or were invited but declined to come.

House Speaker Thom Tillis, the leading Republican candidate for U.S. Senate, ain't coming. Neither is the leading candidate for Congress, Phil Berger Jr., who's running to replace Congressman Howard Coble along with a sizable collection of ... also rans.

Greensboro City Councilman Zack Matheny, Berger's most credible rival for the 6th Congressional seat nomination, was blunt in his refusal to attend the Tea Party dust-up: “That group has made it a point that they don’t support me. Some of their members say and write bad things about me constantly. So even if I didn’t have another event, I doubt my team would recommend I attend anyway.”

Jesse Helms's old operative Carter Wrenn is working for Bruce VonCannon, another rival to Phil Berger. VonCannon feigned ignorance about the candidate forum: I know nothing about it, VonCannon claimed, which means, we guess, that he ain't courting the Far Right (which also raises the question about what sort of campaign advice he's getting from Wrenn, who is fully capable of surprising us on a fairly regular basis).

Wrenn told Joe Killian that he thought a primary death-match between the Tea Party and the Republican establishment was salutary for the future of the party.

Maybe. Whether a chair-flinging, bare-knuckled, eye-gouging, balls-to-the-walls primary helps or hurts November turn-out for Republicans remains to be seen. And whether Carter Wrenn thought it was a good idea or not, he's got it coming straight at him.

I can assure your readers that ALL candidates were invited and,as always, C4GC intends to run a fair and professional forum. If Zack Matheny is so adverse to criticism then how will he perform and make the tough decisions in DC? Apparently his campaign strategy is one of avoidance.- Lee Haywood

These are fun times indeed. RINO (Republican in Name Only) are rapidly turning towards the liberal mindset. As the Republican Party dies, many of its members will be future supporters and contributors here on Watauga Watch. There is little difference between an anti-gun Phil Berger or Skip Stam and Kaye Hagen. They are pretty much one and the same.

Since I'm this site's number one most liked personality, I'd like to request a thread. Please entitle it: "How Will Republicans Service Their Liberal Masters". Liberals on this site will be free to name the millions of ways they will break, bend, mutilate, and make life miserable for weak-kneed Republicans. You might actually get a plethora of responses to this thread. LOL!!!! I'd really like to see what the liberals have to say in terms of their wish list of laws and regulations they will throw at the cowards too afraid to fight (RINOs). How about it?

"Fun Times" Heck! This is a real moneymaker if Vince Mc of the World Wrestling Enterprise gets this on "Smackdown and Raw" One can see the Promos now!

" Will the Redneck Repubs seized the World Title aganist The Sissy Repubs this Week?"

The long, slow, yet entertaining death of the tea party, and the republican party as a whole. Have a beer, kick back, enjoy the show!!

Redneck Repubs - it didn't take long!!!! Not all "Rednecks" are going to agree with you on that, but nevertheless, we're are getting somewhere. But I want to know how, specifically, you plan to make them pay. What are your pie in the sky wishes to really stick it to them. I'd like for the party that will soon not be a party to hear what you have in store for them. And don't worry about giving up too much info. At this late point in the game, you won't see a reversal of fortunes - the Repub thugs are incapable of fighting back against a well organized, committed adversary (liberals). So have at it - and we want specifics!!!!!!

Come on folks!!! This is a rare opportunity to stick it to faux conservatives.

1. What would you do with taxes
2. Gun Control - where do you want gun control to end up
3. Energy - everyone drive hybrids maybe. Or high taxes on coal companies
4. Global Warming. Cap and Trade maybe? How and to what extent?
5. Fairness Doctrine in reporting?
6. Changes to Constitution. New Constitution or changes to existing one?
7. Education - what changes will you make to education?
8. Civil issues. Where do we go from here on gay rights, abortion, marriage, etc?

Don't limit yourselves to the above. You can mention anything! This is not a wish or a hope; it will soon be reality. Liberals will have a clear avenue to pass pretty much anything they want to, so start thinking about it!!!!!!!!

What do you think?

Golly gee! I believe recent losses in the town council races has completely unhinged at least one conservative.

USS Rodger Young has indeed gone off the deep end, and I think it's because of the election her husband lost in Blowing Rock. She raves and raves over at the Watauga Conservative, and we all ignore her. Now she's raving here. Nobody talk to her!

Actually, she makes a lot of sense.

Nobody talk to me? Oh come on - I am simply asking what you would do, pie in the sky, with regulations, law-making, taxes, and such. This is not a trick. I'd really like to hear what the end game is. Simple questions. Why not some simple answers? This is a fun exercise in what ifs.

Your right, I may be a bit crazy though - too many fist pumps at the Wellness Center day before yesterday when my 75 year old training partner did 5 miles (He lost 50 pounds in 2013)!!!!!! Old folks give me hope.