Kay Hagan Does Something Useful 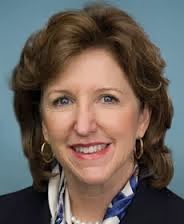 The U.S. Senate is due to take up what amounts to emergency extension of federal jobless benefits today, and Sen. Kay Hagan has managed to get inserted into the proposed legislation an extension for North Carolina's jobless despite the Republican cruelty in Raleigh that cut them off last year.

(Background, from the N&O: "North Carolina lost its federal unemployment benefits last summer when the General Assembly reduced the amount of state benefits and the length of time that unemployed people can receive them. A federal regulation says that states cannot receive Emergency Unemployment Compensation money if they reduce state benefits.")

Hagan knows where to place the blame (as do we all!) -- squarely on the doorstep of the man running to replace her in the U.S. Senate, NC House Speaker Thom Tillis. Hagan said, “The General Assembly irresponsibly passed a bill that knowingly and willfully violated federal law and made North Carolina the only state to lose this critical federal assistance, and I’m doing everything possible to remedy the damage this law has done to struggling middle class families who were cut off from this crucial lifeline through no fault of their own."

And cue the Republican whining.

Posted by J.W. Williamson at 1/06/2014 09:47:00 AM
Email ThisBlogThis!Share to TwitterShare to FacebookShare to Pinterest
Labels: Kay Hagan, Thom Tillis, unemployment in North Carolina