What's Ahead in North Carolina 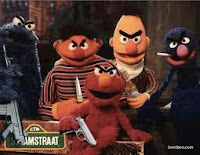 Even while the National Rifle Association was going very silent over the Newtown massacre, North Carolina gun enthusiasts were just getting more juiced.

First, the Asheville Tea Party announced a "Great Gun Give-Away" of a model .223 assault rifle that looks a good deal like the one Adam Lanza used in the Connecticut grade school. The Asheville Tea Party is throwing in two 30-round clips, provided you pay $20 for a chance to win and then actually win this prize.

Then comes news this a.m. that Grass Roots North Carolina is asking the Republican super-majority in the General Assembly to allow public school teachers to carry, thus lifting the ban on guns in schools.

There's nothing to stop our General Assembly from doing this, and more. Certainly, our new governor won't stop them.

The day that even one teacher at my grandson’s school has a gun at school is the day I start home-schooling him.

If you had supported the voucher system, maybe you could have sent you grandson to a private school with its own armed guards, salemstudent.