We Knew This Would Come Out Eventually 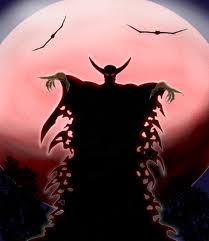 Craptastic retail god and political manipulator Art Pope, who was elected governor of North Carolina last November via his surrogate, Pat Whatisname, is now revealed to have been the Dark Lord behind the redistricting of both the state's General Assembly as well as our U.S. congressional districts. (Hattip: Sharon McCloskey)

Stuff about Pope's hands-on manipulation of redistricting is coming out because of discovery in the lawsuit currently advancing toward the NC Supreme Court which challenges that redistricting:


Documents show that national Republican operatives, funded by dark money groups, drew the crucial lines which packed as many Democrats as possible into three congressional districts. The result: the state's congressional delegation flipped from 7-6 Democratic to 9-4 in favor of Republicans. The combination of party operatives, cash and secrecy also existed in other states, including Wisconsin, Ohio and Michigan.


While supposedly the new maps were being drawn by a committee of Republicans in the General Assembly, "the real maps" were being drawn at Republican Party HDQs in downtown Raleigh with Art Pope very much in the room. Not only in the room but sitting at the right-hand of the technician who was manipulating the mouse.

How could the non-elected Art Pope get such a prominent role? This is where it gets downright conspiratorial:


Art Pope, the most influential conservative donor in the state, was appointed "co-counsel" to the legislative leadership and allowed in the room to give direct instructions to the technician.

"We worked together at the workstation," said Joel Raupe, the technical expert paid by Fair and Legal Redistricting, in a deposition. "He sat next to me."

Pope, who is a lawyer but does not actively practice, was made co-counsel to the state legislature, offering his services pro bono. Now, because he was technically a legal adviser to the state, he says any information about his involvement in the redistricting is privileged.

Got that? The man's always thinking how he can both run state government and evade any accountability for his involvement. And now ... now, come February, Paul Newby, elected to the state Supreme Court with money pumped in by the same dark forces, will get to decide the legality of the Pope's redistricting.

my God, the cad used the same tactics that the Democrats do!

Sure would be nice if NC had a Dem equivalent of Pope. I sure don't know one. And don't put George Soros' name up here you teabagger dupes.

The NPR show FRESH AIR did an entire hour long segment on Art Pope and NC redistricting 1-2 years ago. If you have not heard the show, it is worth a listen.

I am opposed to gerrymandering, whoever commits it. It's an abuse of power, and I have said so before on this site. (http://blog.wataugawatch.net/2011/07/forecast-cloudy-with-chance-of.html)

I helped write a resolution calling for the creation of an Independent Redistricting Commission well before Mr. Pope got his mitts around the throat of NC democracy. The text of that resolution may be read here: http://blog.wataugawatch.net/2011/07/answering-cincinnatus-on-redistricting.html.

Does the truth hurt you that much, Williamson? And thank you for bringing up the name of Soros,brotherdoc. It is certainly legitimate to do so, even if you do not like it.