Sen. Burr as Judge of Character 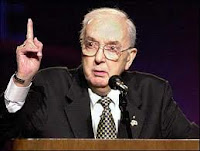 Sen. Dick Burr, who practically had to vault over the wheel-chair-confined former Senator Bob Dole in order to vote against ratification of a U.N. treaty that would give greater protections to the disabled world-wide (see below), is now riding his moral high horse in lecturing us that former Senator Jesse Helms, that tired old bigot and poisonous excuse for a human being, deserves to have a federal courthouse named for him.

This is Congresswoman Renee Ellmers' bright idea. Bless her heart. 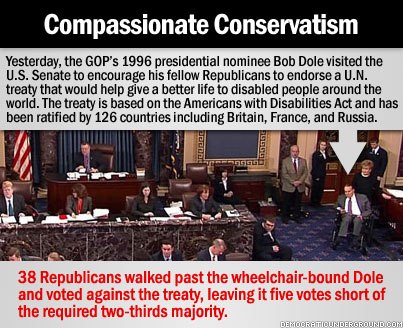 Every time I walk on the campus of the North Carolina School of Science and Math,glance at the James Hunt Building, I have the same feelings as you do about Helms.