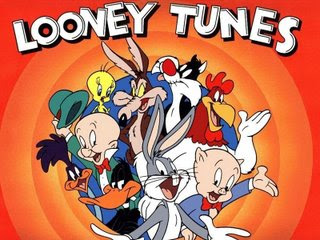 We can relate to the flummoxing loss the national Republican Party has gone through. Been there.

We are reading the prescriptions for healing itself with great interest, put out by many voices, the most compelling of them conservative insiders who think for a living. The choice seems to be to renew from the ground up, find a way (or just new language) to make conservatism appealing to a broader cross-segment, particularly independent voters who don't fancy fear-mongering and puritanical attacks on personal behavior.

Or ... they could double-down on fear-mongering and puritanical attacks on personal behavior and become even more a minor regional party headquartered in the Old South.

Georgia Republican Congressman Paul Broun has announced his choice. It's the latter:

"It may sound a bit crazy and off base, but the thing is, [Obama]'s the one who proposed this national security force. I'm just trying to bring attention to the fact that we may — may not, I hope not — but we may have a problem with that type of philosophy of radical socialism or Marxism .... That's exactly what Hitler did in Nazi Germany and it's exactly what the Soviet Union did. When he's proposing to have a national security force that's answering to him, that is as strong as the U.S. military, he's showing me signs of being Marxist .... We can't be lulled into complacency. You have to remember that Adolf Hitler was elected in a democratic Germany. I'm not comparing him to Adolf Hitler. What I'm saying is there is the potential."

It may sound a bit crazy. Check.

"Radical socialism or Marxism," which may be identical to fascism, or maybe not -- we're looking into it -- but when you're making Mulligan stew, you throw in a lot of ingredients and hope they cook together. Check.

Mr. Broun is NOT comparing Obama to the person he just compared him to. Check.

Now here's a political party that is maybe becoming a tad over-caffeinated, something we're sure Sarah Palin would absolutely love to head-up. You betcha!
Posted by J.W. Williamson at 11/11/2008 10:08:00 AM
Email ThisBlogThis!Share to TwitterShare to FacebookShare to Pinterest
Labels: Barack Obama, National Republican Party, Paul Broun, Sarah Palin