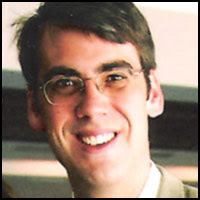 We've known for some time that Democratic state party chair Jerry Meek would be stepping down after his second term. The State Executive Committee is scheduled to pick his successor at a meeting in Raleigh on January 31.

North Carolina Democrats owe a great deal to Meek, who during his four years of heading the party took us from what we here in the West used to refer to as "the state dead-quarters" to a near-complete sweep of the ballot.

Meek came to visit us here in Watauga more than once, and he didn't come to tell us what we were doing wrong but to learn what we were doing. In 2006 he came up and spent a day with us canvassing the county, learning our political terrain and how we dealt with it. We sent him to Meat Camp.

He did so much in his four years emphasizing the grassroots and helping the county parties devise and implement strategies. He retooled the state's website and its use of technology. And he's leaving the state party with a healthy bank account.

Gov. Easley wanted someone else for chair in January of 2005, but party activists defied the Guv and chose Meek, who in his turn helped choose Howard Dean as National Democratic Party Chair. As far as North Carolina is concerned, we would not be where we are today without those two.
Posted by J.W. Williamson at 11/20/2008 08:25:00 AM
Email ThisBlogThis!Share to TwitterShare to FacebookShare to Pinterest
Labels: Jerry Meek, North Carolina Democratic Party