Make an Idle Comment, Cause Yourself a Big Problem 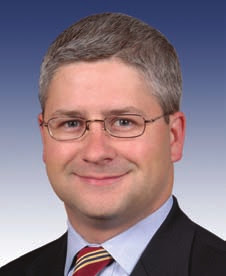 Last week NC-10 Republican Congressman Pat McHenry made an off-hand comment during a media conference call that he welcomed all competitors and wanted to "debate the issues." He didn't, of course, mean that he wanted to hold a face-to-face debate with the likes of Air Force JAG officer Lance Sigmon, his challenger in the May Republican Primary, but Sigmon is now responding as though McHenry had personally issued a debate challenge in his specific direction.

The Hickory Daily Record immediately tried to get hold of McHenry to confirm a debate schedule -- Sigmon wants three different debates, spread out over the 10th Dist. -- and for some strange, unexplained reason, McHenry proved unreachable.

We suspect he'll remain unreachable on this particular issue. Until he's publicly cornered and then shamed into it ... sort of like Madam Foxx was in 2006 when she initially refused to even discuss a debate with Roger Sharp.
Posted by J.W. Williamson at 1/22/2008 01:28:00 PM
Email ThisBlogThis!Share to TwitterShare to FacebookShare to Pinterest