For a Republican To Win Virginia's Governership, He Needs To Hide 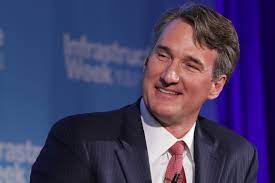 Whaaa! No guns and abortion? But that's the essential GOP kindling for a bonfire of the vanities.

But smart(er) Virginia conservatives are going "Shaaa! It's more important to win the suburbs than continue to stroke Jimmie Sue and Radley Joe in their post-rural cultural crusades. Youngkin's just being strategic." Also dishonest.

Get this: Youngkin didn't fill out a single candidate survey from interest groups, including the very long one from the National Rifle Association -- "a first in recent memory for a successful statewide GOP nominee." And his campaign website has no "issues" page, where he might stand a chance of scaring the soccer moms.

And he's gone cagey with the press: "Asked during an interview with The Washington Post on Friday how he would like to change state laws on guns and abortion, Youngkin repeatedly evaded the topics. When pressed, he noted that he is 'pro-life' and that he will 'stand up for our constitutional rights.' But to every request for specific policy goals on abortion and guns, two of his signature issues, Youngkin offered the same jobs-schools-safety mantra."

That depends heavily on who the Democrats nominate, which will happen in the June 8th primary. I tried to write thumbnail profiles of all the diverse Democratic candidates here. The eventual winner could end up being a dynamic Black woman, Jennifer Carolyn Foy. Or Terry McAuliffe.