When Political Hacks Take Control of a Once-Great University System 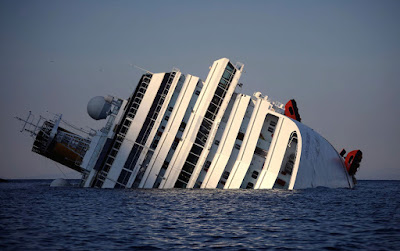 In between trying to keep the weeds from overwhelming my garden, I've been trying to keep up with the controversy over the hiring of journalist Nikole Hannah-Jones at UNC-Chapel Hill. I covered the right-wing boil about her appointment a week ago yesterday, and I've been trying to stay up with daily developments since then, preparing to write about the craven behavior of the UNC-CH administration in the face of a decision by the UNC-CH Board of Trustees to deny Hannah-Jones tenure. But some days are too cluttered, I hear the weeds celebrating out there like frat boys on a Thursday night, and Jeffrey Billman summed up everything for me too perfectly not to steal his sentences wholesale here:

Since we’re about to talk qualifications, let’s remember that the guy chairing the UNC Board of Governors [Randy Ramsey] does not have a bachelor’s degree, lied about earning an associate’s degree, but did receive a diploma from a boat mechanics program, which, in the eyes of the General Assembly, qualifies him to oversee 16 public universities.

Randy Ramsey was also one of the “brains” behind the Silent Sam debacle, which involved the BOG trying to fork over $2.5 million to a bunch of Confederate yahoos—a judge struck down the deal—and then lying to the public about it.

The Board of Governors and the NCGA control the UNC-CH Board of Trustees, which earlier this week denied tenure to “1619 Project” creator Nikole Hannah-Jones on account of … you know, reasons.

Definitely not because she’s Black.

Or because The 1619 Project poked the bear of white resentment by forcing a critical reevaluation of the role of slavery and racism in the formation of American society, which is not exactly something the UNC System is ready to do.

“Susan King, dean of the journalism school, said she was told that the trustees didn’t approve tenure to someone outside of academia, as Hannah-Jones is a professional journalist, not a professor. However, the Knight Chair is specifically designed to bring the best in their industry into higher education.” (N&O)

Of course, other Knight chairs weren’t academics—that’s kind of the point, to bring people with real-life experience into university classrooms. Journalism isn’t a profession you learn in a classroom. (I assume UNC Hussman is better, but my j-school was useless.)

The handling of this phony controversy has made UNC’s administration a national laughingstock, again....

There's more, of course, about white people's misplaced hypertension over the 1619 Project or over any acknowledgement that the very structure of our constitutional government was written to establish (and maintain) a racist understanding of who should govern and who should be subjected.
What's happened to Hannah-Jones and to the integrity of what used to be North Carolina's flagship university is just the logical outcome of the Art Pope/Phil Berger/Tim Moore campaign to control higher education and forcibly rewrite the understanding of history as Anglo-Saxons uber alles.
Posted by J.W. Williamson at 5/21/2021 09:19:00 AM
Email ThisBlogThis!Share to TwitterShare to FacebookShare to Pinterest
Labels: Nikole Hannah-Jones, racism, University of North Carolina

That’s about the best recap of the current state of the UNC System that I’m aware of.