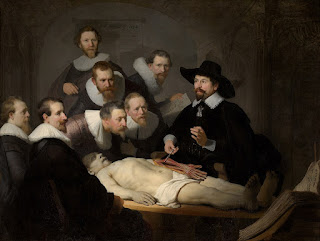 While the Republican Party didn't even put out a party platform in 2020, saying "It's just anything Trump wants," and is totally allergic now to any post-election soul-searching -- since Trump really won, dontcha know -- at least Congressional Democrats have done a deep dive into understanding why they lost 11 seats in Congress last November.

Bottomline: Democrats underestimated the number of hard-core Trump voters who would turn out. Polling totally missed the Trumpist surge and overestimated Democratic performance. Which led the guys in the DCCC to assume that freshmen elected in 2018 were safe -- which they most decidedly were not -- and to pump money into more long-shot challengers in districts where the eventual Republican/Trump performance kept their incumbents safe. Six Democrats from the class of 2018 lost by less than 1.5 percentage points (which was pretty close to the margin for most of the losing Democrats in NC for Council of State seats).

The autopsy of Democratic losses also calls for an overhaul of campaign spending. Too much money was pumped into useless TV ads late in the game. Too little went to on-the-ground organizing and digital outreach.

The single ray of sunshine: Trump's not being on the ballot in 2022. “The Republican Party is betting the ranch that they can do Trump’s toxicity without Trump’s turnout," said Rep. Sean Maloney, chair of the DCCC. "And I think that may end up being a terrible mistake. There’s that old saying that when the tide goes out, you find out who’s skinny-dipping. And if this tide of Trump turnout goes out in 2022, the Republicans may end up skinny-dipping.”

That both Democrats and Republicans are depending on the presence/absence of Trump's political and personal bile is the tragic story of American democracy's current brush with authoritarianism. The only thing that may ultimately save us is the presumed justice and force of law in our legal system.