The Seeds of Trump's Demogoguery 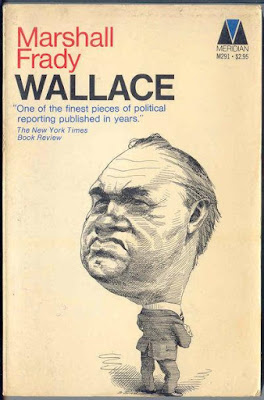 What national presidential candidate's speaking style did a journalist describe this way:

His addresses everywhere were extended monologues rather than speeches, a hectic one-man argument without any real beginning, progression, or end.

"If one of these two national parties don't wake up and get straight, well, I can priomise that you and me, we gonna stir something up all over this country."

"Hell, we got too much dignity in government now. What we need is some meanness."

"Naw, we don't stop and figger. We don't think about history or theories or none of that. We just go ahead. Hell, history can take care of itself."

If you guessed Donald J. Trump, you guessed wrong. The character exercising his talent for disruptive demogoguery in the examples above was George Corley Wallace, the four-term governor of Alabama who cashed in on racial resentment in 1968 and ran a third-party presidential campaign that won five Southern states, taught Richard Nixon a new "Southern strategy," and laid the groundwork for the rise of our most recent racializing demogogue Trump, who could just as easily have said all the things quoted above.

A friend gave me Marshall Frady's 1968 book about Wallace (thanks, JF), and I've enjoyed the writing. Frady was a free-lance reporter at the time who got uncommon access to Wallace, riding in the car with him between speaking engagements. Frady reminds me of many events that I was alive for, watching politics from a graduate student's perch in Salt Lake City, but also teaching me things that I didn't know or don't remember -- for example, that Wallace's early career in the Alabama legislature was characterized by a liberal populism before he discovered race hatred and that darker populism as his ticket to ride.

I'm most struck by Wallace as a prophet for what was to come. The same people who cheered Wallace as a savior of "Anglo-Saxon culture" signed on enthusiastically to Trumpism and to Trump, not just as the avatar for resentful whiteness but as the savior of fundamentalist religion (which has got to go down as one of the crowning ironies of this still young 21st Century).

Posted by J.W. Williamson at 5/17/2021 10:03:00 AM
Email ThisBlogThis!Share to TwitterShare to FacebookShare to Pinterest
Labels: Donald Trump, racism