When the Air Goes Out of the Parade Float 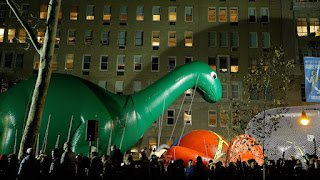 According to Pew, Trump’s approval rating among white evangelical Protestants dropped 17 percentage points from February to December, down from 78 percent to 61 percent. Eighty-one percent of white evangelical voters backed Trump in the 2016 presidential election, NPR reported.

Posted by J.W. Williamson at 12/08/2017 11:01:00 AM
Email ThisBlogThis!Share to TwitterShare to FacebookShare to Pinterest
Labels: Donald Trump, religion and politics