Lame-Duck Boone Town Council Poised To Do the Wrong Thing 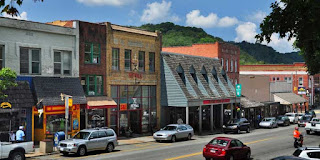 During its last hour in office on December 21st, the current Boone Town Council (including all the members who were just kicked out of office on November 7th) is set to vote on a major give-away to Appalachian State University.

The proposed text amendment to the Unified Development Ordinance will allow ASU to rent any and all space (offices, storage, etc.) in the M1 (Manufacturing), B3 (General Business), and O/I (Office/Institutional) districts of the town. B3 is of particular concern because it includes so many existing buildings on all the main corridors.

This text amendment would allow the university to move in for long-term use (up to seven years with the possibility of further open-ended extensions -- see below), putting university functions including possibly classes all over the business districts without requiring the university to go through the normal procedures required for such consequential changes in use.

ASU is reportedly going to need a lot of space, like in a whole lot and more, because the Old Lowe's Building must be vacated and other demolitions and renovations are going to throw many faculty, staff, and whole programs with their required classes out into the town of Boone. The only use excluded for ASU in the B3, M1, and O/I districts will be residential.

This major adjustment to the town's already capacious accommodation to ASU has been moving quietly along the path to passage, with a Public Hearing last week that not many citizens knew about, though renters of empty property did know about it. During that public hearing one property owner stood up and said it's a fact that ASU already owns Boone, so why don't we just go ahead and make it official with this text amendment?

What Is Especially Pernicious About This Planned Vote

Under normal procedures, this text amendment would be voted up or down by the newly elected Boone Town Council, which will be sworn in at 5:30 on December 21 (barring Nathan Miller and Anne Marie Yates's ridiculous attempt to overthrow the election). But the current council -- Lynne Mason, Jeannine Underdown Collins, Charlotte Mizelle, Quint David -- with Loretta Clawson vigorously opposing the text amendment -- scheduled a "Special" session at 4:30 on December 21st, an hour before they're officially off the job. They clearly intend to vote this text amendment through while they still can.

Their rush to pass this before the new Council takes office speaks loudly, and the message is not flattering to the old Council.

The very generous "planners" on the Boone Planning Staff wrote it into the text amendment that the university could have the rentals for three years with a one-time renewal for three more years, for a total of six years.

But the university wants more and has requested "through counsel" that the initial term be for five years with a two-year extension, and wanted this language added to prepare for going beyond those seven years: "An additional extension may be granted upon a showing of unanticipated and extraordinary circumstances" -- and there's no end to that "additional extension."

How does a university take over a town? With the willing collusion of a town council.

They have quite a legacy. Not only this, but all the apartment complexes they have approved around town which have not even been built yet. More "Standards" yet to come, and are they not the ones who approved the new Health Sciences School in a flood zone. Too bad the new people will get blamed when they go up or down, as the case may be.

Can the new Council void the final act of the old council? Shame, shame, shame on them for doing this.

So what.....better than vacant space. This countinuous civil war mentality pitting the university vs. the town and county needs to stop!

I, too, am curious about the possible remedies that the new Council will have. ditto the question of one of the anonymous writers above.

Just an additional note about the Old Lowes Property on State Farm. It was part of the University acquisition of the old WHS property as a trade. The site is being considered for the future Recreation Center for the county.
http://www.wataugademocrat.com/news/old-whs-site-sold-to-asu-for-m/article_5125fbb5-66ff-5f1b-bdc0-879248f268d7.html

I will have to admire the work of our Town Council. It is difficult work and they are trying to do what is best for our town. I say pamper ASU, our largest employer. What would we be without them? It loos now our current Council will have a little more time. I find it amusing how people were all over Plemmons Student Union for a voting site and that is what messed them up.

The College of Health Sciences property was originally purchased by the Board Chair of Watauga Medical Center for a low price who sold it to hospital for 3 million. I believe there is something wrong with that picture. And their Urgent Care is in a building owned by that Board Chair. Perhaps our County Commissioners need to tae a look and some new Board Members for the hospital.