Madam Foxx, We Totally Clear on Where You Stand on Net Neutrality 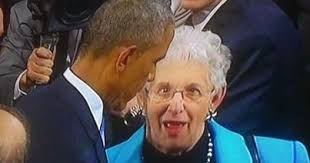 One of Virginia Foxx's Fifth District constituents shared a letter with me from Foxx, who was responding to the constituent's opposition to what Ajit Pai has done at the FCC -- ending "net neutrality." Foxx's letter is an appalling piece of gobbledegook in which Foxx criticizes Barack Obama (natch) and assures her constituent that the FCC is actually fixing a terrible lack of freedom on the Internet. Who knew?

Here's her letter, in its entirety:

Posted by J.W. Williamson at 12/17/2017 10:27:00 AM
Email ThisBlogThis!Share to TwitterShare to FacebookShare to Pinterest
Labels: Virginia Foxx