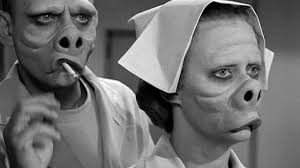 We usually avert our gaze from polls, because -- you know -- they have a troubled history and can lead you to believe things that just aren't going to happen, but our blood sugar is low this morning and we're jonesing for sweets.

Like this: YouGov has been regularly sampling American voters since January. Cumulatively, they find that Republicans' have lost faith in Trump’s ability to handle the job, from a high of 81% approval in January to 65% in August. Republicans, who have been seen to stick with Trump like cockleburs to mohair. But repeal and replace tanked. Tanked-- somebody didn't do it right! -- like the famous Wall's about to, due to a thug immigrant named Harvey.

YouGov uses Internet polling, which I've always thought was mighty skewed, but FiveThirtyEight gives YouGov an overall B grade for getting it right. And they have a 93% correct rate for calling individual horse races.

"Opinion has changed on the most visible issues of Trump’s presidency, which suggests that the public is reacting to the administration’s handling of specific policies." Short take: the new resident administration doesn't look competent, and even Republicans are beginning to think it has a lot to do with the man at the top. 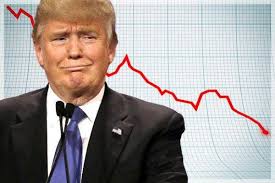 Falling assessments of a party or president’s competence have important electoral consequences. For one thing, it limits the range of issues that a party can campaign on, since voters are unlikely to find persuasive promises from a party that has proven it can’t deliver. Voters punish governments for poor performance on a range of issues — not just on the economy, as some claim.

Explains the current signs of panic at 1600 Penn Ave., don't it?

Posted by J.W. Williamson at 9/01/2017 10:46:00 AM
Email ThisBlogThis!Share to TwitterShare to FacebookShare to Pinterest
Labels: Donald Trump