Waiving Goodbye To Ethics in Trumpland 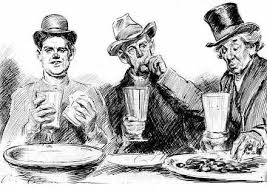 Trump got rid of Walter Shaub two months ago, and look what happened! New livestock at the trough.

The Office of Government Ethics (OGE), which Shaub used to head -- and honorably -- has "quietly decided" to allow Washington lobbyists to donate anonymously to legal slush defense funds for Trump aides who are caught up in the Russian investigation.

Hmmm. Ethics rules, "changed quietly." As in, Maybe we can get away with it?

They didn't get away with it. The guys over at Politico.com noticed. Just hours ago.

The Walter-Shaub-less Ethics Office has decided to let lobbyists make essential business investments by "giving to the needy," that is, slipping the White House staff a little baksheesh donation, and doing it anonymously [wink wink]. The quiet change in the rules "raises the potential for hidden conflicts of interest or other ethics trouble" (Darren Samuelsohn).

“You can picture a whole army of people with business before the government willing to step in here and make [the legal debt] go away,” said Marilyn Glynn, a former George W. Bush-era acting Ethics Office director with 17 years experience.

Who Was Walter Shaub? And Why We Should Mourn Him

The Office of Government Ethics (OGE) exists as a weak watch-dog with no enforcement power. It's supposed to needle and head-off members of the Executive Branch to keep them from profiting from their government positions. (I know. In TrumpWorld, who isn't profiting? Sometimes in truly mendacious ways: Steven Mnuchin can get a government plane for his honeymoon and another one to rubberneck the full eclipse in Kentucky. It goes on. Jared Kushner has been fumbling around for a super-rich foreigner to bail him out of 666 Madison Avenue, and his family's real estate business cashed in on his prominence with rich Chinese. (Please try to convince me that Donald J. Trump isn't actively on the phone with Don Junior and Eric about the family business.)

So Walter Shaub, who's a complicated public servant, was appointed director of the Ethics Office in 2013. It would have been a five-year term. Shaub, who certainly knows the largely unenforceable rules, told the White House back in January that it shouldn't continue to conceal the details of certain conflict of interest "waivers" granted Kellyanne Conway, Steve Bannon, and others, giving them the right to earn political consulting money on the side while also working for Trump. "Waivers are considered public documents, but the Trump White House had been holding them back, saying OGE lacked the legal authority to require disclosure." 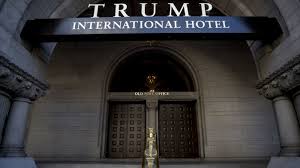 Even before that, Shaub had been a pain in the ass and probably should have stayed off Twitter -- that sweet marshmallow into which many have sunk. After Trump made it clear in January that he would not be divesting his businesses, Shaub went in for a little political sarcasm. He mimicked Trump's Twitterstyle: "Brilliant! Divestiture is good for you, good for America!" Probably shouldn't have done that.

About 10 days before Trump's inauguration, Shaub spoke publicly about Trump's proposed plan for supposedly avoiding conflicts of interest (Trump said he'd move his business interests into a trust -- not at all a "blind" one -- run by his two oldest sons and a longtime business associate). But with Trump Himself the sole beneficiary of that trust, Shaub said it was a very bad idea. And a shocking departure from the policies of previous White Houses.

The White House was running over him, around him, under him. So Shaub resigned.

Fine by us, the White House said. And immediately set about making life easier.

Posted by J.W. Williamson at 9/14/2017 11:22:00 AM
Email ThisBlogThis!Share to TwitterShare to FacebookShare to Pinterest
Labels: Donald Trump, Walter Shaub